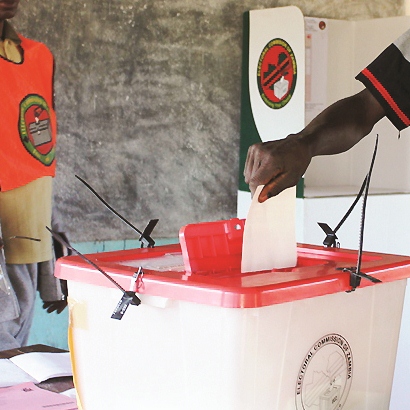 ZAMBIANS’ decision to revert to multi-party democracy in 1990 was borne out of the desire to have peaceful competitive politics, not divisive violence.
The country seems to have gone off track but there is renewed hope that Zambia will restore its collective political vision. This though depends on Zambians heeding advice expected to come through an enquiry on the political bottlenecks.
The one-party state model under the United National Independence Party (UNIP) had become monotonous and out of tune with global politics.
That is why in 1991, citizens besieged the polling stations to endorse their choice of the Movement for Multi-party Democracy (MMD), ending UNIP’s 27-year hold on power.
And the country’s founding President Dr Kenneth Kaunda bowed out of State House for Frederick Chiluba of the MMD.
All was rosy because the nation’s vast majority flowed together in one accord under the trade mark ‘One Zambia, One Nation’ slogan until lately when politics became tinged by tribal affiliation.
Regional voting systems began to take root and the unifying motto of ‘One Zambia, One Nation’ came under serious threat.
Accompanying regional voting is violence which could perhaps only be matched by the pre-independence struggle for self-rule.
Political parties, candidates and their agents should leave violence to that era. It should be confined to that era. What is expected now are peaceful issue-based campaigns as they solicit for votes.
Unfortunately, some political parties and their supporters still think intimidation through violence will get them the desired votes to win elections.
The 2016 tripartite elections were probably the worst the country has conducted in recent times.
To get to the bottom of these voting patterns, President Edgar Lungu appointed a commission of inquiry to get to the bottom of the voting pattern the country has experienced or is experiencing.
The commission took two years to gather information by going round all provinces, listening to various views of the voters and other concerned individuals and organisations.
The report was submitted to President Lungu yesterday.
In receiving the report, President Lungu hopes the report will help improve the electoral process so that the outcome of the elections are widely accepted.
It is good that the commission has completed its work and handed over the report. It is even better that the President has assured that the report will be quickly circulated for the public to reflect on the recommendations.
All stakeholders must endeavour to get hold of the report and more importantly read it. Politicians, their supporters, students, civil society organisations and citizens at large are expected to heed the recommendations.
Although these recommendations are yet to be made public, it is expected that the commission did a good job, and this is based on submissions made.
The key players, the political parties, generally know what is expected of them to ensure peaceful elections. It is about time that they put their respective pledges of tolerance into deed.
The report is expected to confirm or dispute what has been known as and reasons why people vote in whatever manner they vote and what motivates violence.
The report is further expected to produce real reasons on the voting patterns.
The report should not be ignored by political players as it is important to governance and election players ranging from civil society organisations, political parties and the Government.
The report certainly identifies gaps and opportunities for voter education and election campaigns.
It will help the winners as well as losers of an election to know what voters in every region regard as important to them.
If actioned by all political players, measures to curtail voter apathy can be put in place.
Zambia is our country and we should always ensure that we continue to safeguard the peace and stability we have enjoyed since independence.
Peace and political stability are critical for attracting investors who bring the much-needed foreign exchange and job creation for poverty alleviation.
Zambia is on a development trajectory which should not be disturbed by political instability.
We should remain the role models in democracy, smooth transfer of power, tolerance and peace.

Let us accept the election result

No justification for crime