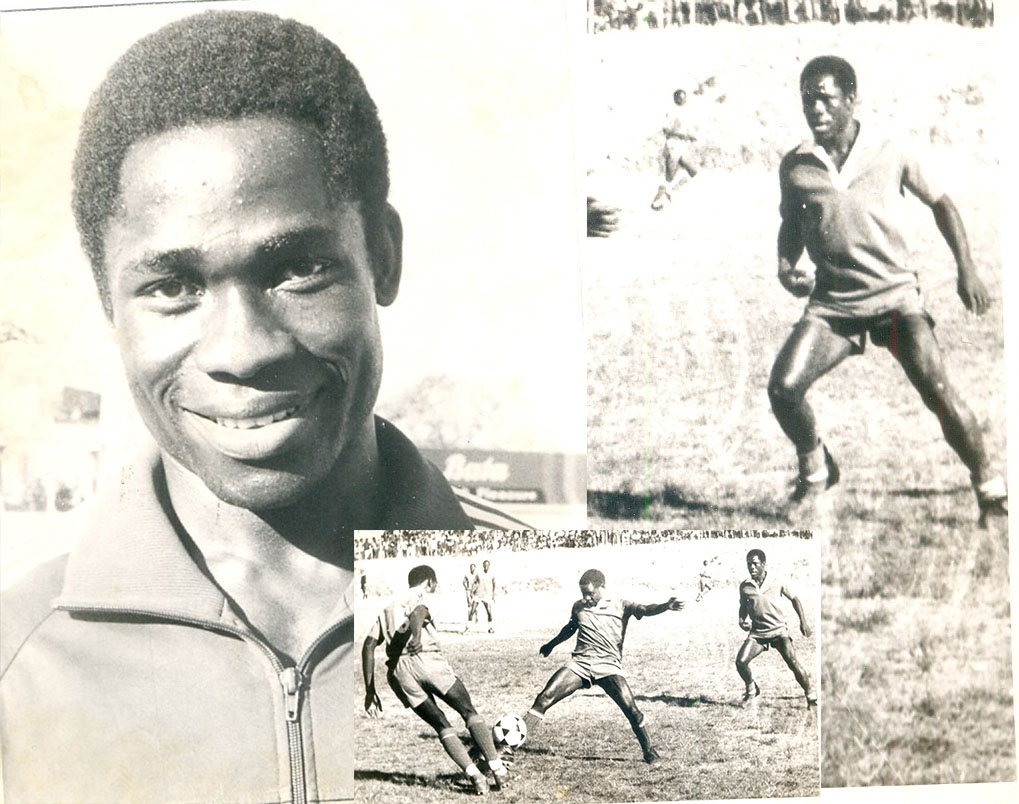 STARS OF YESTERYEAR with BENEDICT TEMBO
WHEN Hector Godfrey Chisompola called his time on soccer 20 years ago, he was at peace because he had a job.
Retiring from soccer after playing from 1978 up to 1995, Chisompola was happy with his contribution to the beautiful game which spanned three clubs.
Chisompola was keen to contribute as a coach but only ended up as a deputy at Sunset Stadium where he served for three years before being stabbed in the back by his colleague.
But he has no regrets having left coaching because it entailed concentrating on his work as a stores officer at Zanaco, one of the countryâ€™s biggest banks.
BACKGROUND
The seventh in a family of 14 â€“ nine boys and five girls – Hector Godfrey Chisompola was born on January 9, 1963 in Kabwe.
His father, Daniel Chisompola (late) was a chef and worked for expatriates in Kabwe, Kalulushi and Chingola. When he retired, he became a farmer until his death in 1993. His mother, Hellen Chisompola, who lives in Chongwe, was a housewife. She is now a farmer in Chongwe.
EDUCATION
Chisompola started his education at Chongwe Primary School (1971 â€“ 1977) then proceeded to Munali Secondary School where he completed his senior secondary education (form five or grade 12).
He went to secondary school with another soccer great Dickson Ntondokoso, who played for City of Lusaka.
SOCCER CAREER
Chisompola, who retired as a winger, started his career at Chongwe Primary School.
He started his club soccer while at Munali Secondary School with Ndeke Rangers, a club which was sponsored by Zambia Airways (QZ), with the likes of George Shantumbu and Dean Mwiinde.
At the time, Chisompola played as a central striker because of speed.
At school, Chisompola was also a member of the athleticsâ€™ team specialising in 100 metres due to his speed.
When he completed senior secondary school in 1982, he made a conscious decision to join Red Arrows in 1983.
With Arrows full of attacking options at the top, he was successfully converted into a left winger by coach Boniface Simutowe (late), as a centre-forward bursting from the left side of attack.
Topmen at Arrows included Patrick â€˜Computerâ€™ Phiri, Fanny Hangunyu and John Zyambo while System Chilongo and Arthur Phiri competed on the wings.
Other great players Chisompola found at the Zambia Air Force-sponsored side were Aaron Njobvu, Ghost Mulenga, Johnstone Katowando, Bernard â€˜Tools and Hardwareâ€™ Mutale, Julius Sholoma.
But Chisompola battled his way into the starting line-up, displacing the tried and tested Chilongo and Phiri on the left flank.
To test Chisompolaâ€™s tenacity, Simutowe handed the young midfielder a debut against Nkana Red Devils at Nkoloma Stadium, playing against John Kalusa, one of the countryâ€™s best right full-backs at the time.
Kalusa had just come back from Libya with the national team and was red hot. A hard-tackler, Kalusa was nick-named Libya due to his contribution to Zambiaâ€™s good showing in Libya where the KK11 finished third.
But Chisompola was equal to the task and was not scared of facing â€˜Libya.â€™
â€œFor me, I did not play the name [fearing Kalusa], it was a great game and it was like minced meat. People knew me from that game,â€ Chisompola said.
Chisompola had great eight seasons at Nkoloma Stadium but singles out the one in 1989 when he emerged top scorer at the club with 28 goals.
He was deservedly voted Arrowsâ€™ footballer-of-the-year.
Although he never won the league championship with the airmen, Chisompola played continental soccer in 1983 and 1989.
NATIONAL TEAM
Chisompola played for the national team between 1984 and 1987, making a debut in the match against Cameroon which ended in a 2-2 draw.
He played in the East and Central Africa senior Challenge Cup in Zimbabwe as well as games against Algeria, Nigeria and against Botswana at Ndolaâ€™s Dag Hammarskjoeld Stadium.
Chisompola also featured in the match against Saudi Arabia in Jedah and Riyad as well as against Egypt.
Two years after playing continental soccer with Arrows, Chisompola was convinced he needed fresh challenges in life and decided to join Zanaco in 1991.
He retired from ZAF as a seargent. At the time, he was living at Kajema Flats in Chilenje.
Chisompola now lives in Lusakaâ€™s Mtendere township in his own house.
He played for the sensational side for four years when coach Dick Chama declared him excess at Sunset Stadium in 1994.
Chisompola did not agree with Major Chamaâ€™s decision because as far as he was concerned, he still had a lot of energy to play top flight soccer.
â€œI joined City of Lusaka the same year. At City, I played two games against Zanaco and scored a goal in each game. At Sunset, we drew 2-2 but at Woodlands, we beat Zanaco and I scored the winning goal with James Phiri (former post Gabon crash national team goalkeeper),â€ Chisompola said.
The following year, Chisompola retired â€“ at least a year later he was programmed to leave by Major Chama at Zanaco.
Zanaco kept him in the game by appointing him an assistant coach in 1996 under Obby Kapita and was there up to 1998 co-assisting Freddie Mwila with Emmanuel Munaile.
â€œI stopped coaching because of misunderstandings with my fellow coach,â€ Chisompola, who reverted to working in the bank, said.
He adds: â€œI do not regret because I am in full-time employment as a stores officer at Central Stores.â€
He is now working in the stores department in Zanaco and spends part of his time at Deliverance Church where he is a deacon.
FAMILY
Chisompola has five children â€“ three boys and two girls – with Diana Mwenya-Chisompola.

Confident U-17 off to Niger
Nkana sets up academy