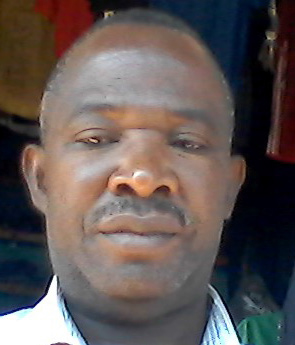 Analysis: FRANCIS MAKASA
IT IS well known that the devastating drought in some parts of Zambia during the 2018/19 agricultural season caused failure of the staple crop of maize and other field crops that many small-scale farmers depend on for cash. As a result, rural communities in drought-hit areas have to find other means to cope with the situation.
One of the main coping strategies that they will increasingly rely on is the production of vegetables. It is, therefore, critical that farmers ensure that they manage their vegetable gardens very well by providing all the necessary inputs, such as water and nutrients at appropriate growth stages for successful production.
The crop responds to prevailing conditions for survival. If a farmer takes too long to intervene and correct a problem, the crop would already have decided on certain survival mechanisms that inevitably reduce potential yield. Timely provision of optimum amounts of water and balanced nutrients is even more critical to vegetables as these are short-term crops.
In the wild, plants are engaged in vicious competition with each other in addition to facing various hazards like bad weather, lack of nutrients and pest and disease infestation. Therefore, the fittest and most robust plants survive. The ability of a species to compete and survive is inherent in its genetic make-up.
The domesticated plant species (crops) we grow still possess many survival genes like their wild ancestors. Therefore, the need for a farmer to understand survival mechanisms of a crop in order to manage it for maximum production need not be over-emphasised.
Once something essential lacks in the soil, the crop responds by restricting its growth in order to survive. To produce the maximum potential size, a crop requires optimal quantities of inputs such as water and nutrients.
If these inputs are not available at the right time, the crop can die without reproducing. Therefore the escape route is for the crop to assume a smaller size that will ensure survival at least until it can reproduce seeds. The result of the crop’s reaction to ensure survival by reducing its frame is an inevitable reduction in yield.
When the farmer notices symptom of deficiencies in a crop, chances are that there is too little time before the plant responds in a manner that will affect the potential yield. Once a crop responds to show that something is preventing optimal growth, it is highly likely that there has already been a loss of the potential yield.
Small cobs and incomplete grain filling in maize, small and corky tomato fruits and small cabbage heads are all examples of plants reducing their frame in order to survive as a result of felt deficiencies in the soil.
Generally, most exotic vegetables in Zambia tend to perform better in the cool-dry season from April to August. The dry season from September to November is associated with poor performance due to high temperatures while the hot humid conditions prevalent in the rainy season also reduce the performance of exotic vegetables due to higher incidences of diseases.
It is therefore important that farmers make the best use of this short suitable vegetable growing season and ensure that the crops are provided with adequate amounts of inputs they desire for maximum yields on time.
Vegetables contain about 70-80 percent of water and so deficiency of water at any growth stage may cause stunting. Too much water is undesirable too as it limits air circulation in the soil, causes stunting and may also promote diseases. Both deficiency and excess water in vegetables compromise yields.
All vegetables need adequate amounts of phosphates and potassium found in basal dressing fertilisers such as compounds D and X early to boost root growth.
A well-developed robust root system is critical to a plant as it facilitates for nutrient and water uptake. A dose or two of nitrogen later during the crop’s growth is vital to boost shoot development.
Nitrogen can be provided by urea, ammonium nitrate or poultry manure. For fruit formation (for example in tomatoes and other fruit crops) and for formation of balls (for example in cabbage), boron supplement (sold as Solubar) is desired early before fruit or ball formation to boost yields.
The use of organic manure such as cattle manure, poultry manure and compost in vegetable production is very much desirable. Organic manures release soil organic matter that feeds the earthworms and micro-organisms in the soil.
These organisms loosen the top soil, speed up the decomposition of all plant debris and release plant nutrients to the soil. It also promotes good soil structure and improves water holding capacity of the soil. It is, however, important that manures are completely decomposed before they are applied to the soil.
A good farmer must therefore understand a crop’s behaviour towards conditions that influence its growth in order to correct anticipated deficiencies before the crop reacts to reduce potential yields.
The author is a sustainable agriculture and rural development professional.