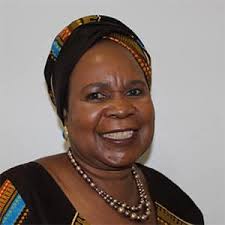 BENEDICT TEMBO
Lusaka
HARRIET Sianjbu Miyato, often referred to as the mother of Zambia’s orphans and vulnerable children, has died.
Mrs Miyato, who was an educationist for over 40 years working in government, died on August 4, 2020 at Levy Mwanawasa Hospital in Lusaka.
She worked as a teacher, college lecturer and inspector of schools.
She was a senior education consultant /technical advisor for Integrated Nutrition, Health, Gender, HIV and AIDS, and Environmental OVC-Education Programmes in Africa and internationally.
She worked at UNICEF Lusaka-Zambia as an education specialist under secondment from the Ministry of Education from November 1, 1995 to January 31, 2003.
While there, Government asked her to develop a Community Schools strategy for Zambia that would foster the provision of quality education to disadvantaged children, orphans and vulnerable children (OVC), especially girls and children with special education needs.
She was an exceptional leader and force for change. She was on the Board of the Zambia National Education Coalition and Women for Change.
She was passionate about children in general and girls in particular and believed that education was the ultimate equaliser from her own journey starting off as a school teacher.
Her passion and dedication to public service earned her several scholarships from the government.
She received her Master of Education in Social Sciences (Science, Nutrition, Health and Environmental Education) from Deakin University, Australia, and has a plethora of qualifications from the University of London, Huddersfield Metropolitan University, Leeds Metropolitan University, University of Zambia, Natural Resources Development College (NRDC) and David Livingstone Teachers College.
The woman pioneered Zambia Open Community Schools, which increased the number of children accessing those schools to thousands.
Mrs Miyato developed ZOCS from a small organisation that was only responsible for four districts to a national organisation represented in 76 districts. ZOCS today advocates for 3, 000 community schools and enables 600,000 children to access education, as well as influencing government policies.
“This is the kind of career I have always wanted to have. I have lived my dream! Firstly, becoming a teacher was the beginning of my journey to my career success. Secondly, I love working with children and this desire was enhanced by focusing my attention on the provision of education for vulnerable/disadvantaged children, especially girls and children with disabilities by increasing their access to quality education,” she said in an alumni interview with her former university, Deakin, in Australia.
She was at Deakin University from 1993 to 1995.
She added:”Suffice to say, I am also from a humble background and therefore the only weapon in all my career progression has been hard work with humility, believing in myself, and being honest and accountable.”
She was privileged to have Government’s support through scholarships, which enabled her to excel from being a primary school teacher to a secondary school teacher; from being a lecturer in a college to an inspector of schools at the Ministry of Education Headquarters; and finally seconded into UNICEF as an education specialist/National Education officer. While in UNICEF, by virtue of her role of Propagating a Community Schools Strategy for Zambia became her niche to widen her original vision for a pilot community School that was conceptualised before leaving Australia.
Mrs Miyato believed that education is the key to human development and that educating the child, especially the girl child, positively changes everything, including the life of the household, community, nation, and even at an international level.
She considered herself mentor, someone who went beyond the call of duty to serve others.
She was strong, firm, perseverant, inspirational, passionate about children’s and human rights. Someone who exhibited tough love when coaching others.
Born on July 21, 1951, she is survived by daughters Mwaka and Yvonne and four grandchildren, Harriet, Nathan, Mwika, and Munji.
She will be fondly remembered by her entire family as a loving, soft, spoken but extremely passionate, mother, sister, aunt and grandmother.