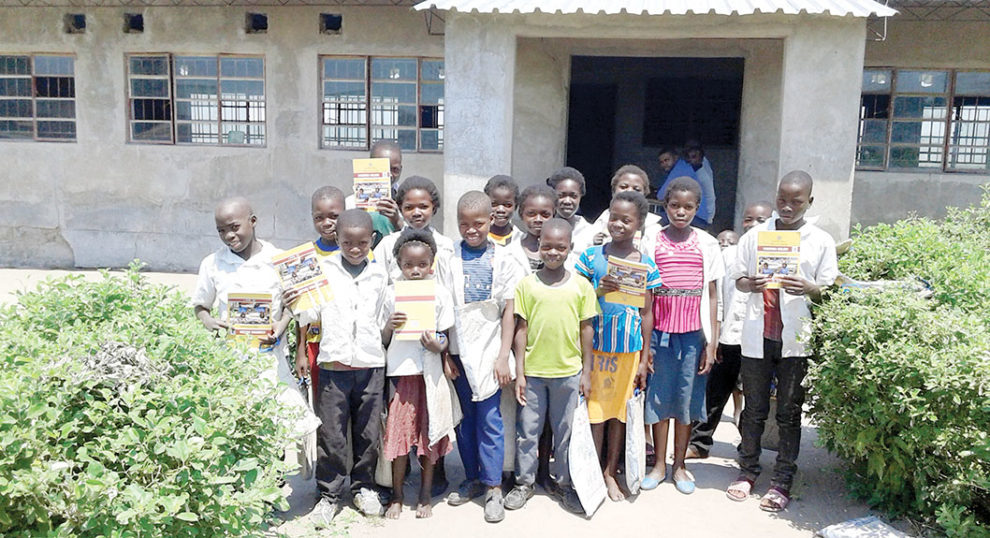 CHARLES CHISALA, Lusaka
THE odds stacked against Kabulu Primary School on Kabulu Island in Lunga, Luapula Province, are as big and high as a mountain.
But one dedicated teacher is not intimidated.
Like the biblical David before the audacious Philistine titan Goliath, Armswerd Mpundu has defiantly decided to face the challenges head-on.
He is on a serious mission in Chief Nsama’s chiefdom.
It takes the school’s four teachers two weeks to get their salaries each month, and they have to travel by boat or dug-out canoe to Samfya, about 85 kilometres away, or Mpika, which is nearer.
With an engine, it takes about nine hours to reach Samfya.
The only way of reaching the island is through two heavily clogged water channels that serve as roads.
The next village, Mutwamina Island, is about two hours away if paddling.
Kabulu is one of the numerous islands scattered across the Bangweulu Swamps that form Lunga district.
After the salaries have been paid, it takes the teachers up to two weeks to chance a boat from Samfya.
The sick, including expecting mothers, have to be transported by boat or canoe to Nsamba Clinic on Nsamba Island three to four hours away.
Lubale ward councillor Benedictor Mulenga has a whole dossier of the problems the between 600 and 650 islanders have been grappling with.
The youthful Mr Mulenga, a local person who enjoys immense respect among the Unga people, explains that between October and December, it becomes difficult for the boats and canoes to pass through the channels because they become too shallow in some places.
“Transportation of patients to Nsamba Clinic at Nsamba Island with canoes and boats becomes very difficult. These channels are our only means of moving from one place to another. There is therefore an urgent need to deepen and widen them,” he said.
Mr Mulenga explains that there is only one boat serving the whole community and the next island, Mandwe, about 30 kilometres away.
“Sometimes a person gets sick. Sometimes a pregnant woman starts showing signs of going into labour or a child is critically ill and the boat is away at Mandwe Island attending to other issues,” he said.
This logistical quandary is a serious barrier to access to quality and timely healthcare services.
Mr Mulenga explains that expecting mothers and children are more affected.
“We need our own health post here because Nsamba Clinic is too far away. We have to paddle for about three hours to take a patient there with a boat or canoe, which is risky.
“Some women have ended up giving birth on the boat or canoe while some children have died on the way before reaching Nsamba Island,” he said.
Kabulu is visited by a team from Nsamba Clinic every month to conduct antenatal and under-five clinics only.
“They don’t come here in October, November and December because of low water levels in the channels. As a result women do not access antenatal and post-natal services during this period. We just survive by the grace of the Almighty God,” Mr Mulenga said during an interview at the island.
Unlike in the past when the Ungas used to shun education, there is high awareness about its empowering influence on individuals and entire communities today in the wake of sustained sensitisation by the government and cooperating partners.
The thirst for education among the children is evident.
But there is only one partially completed block of three classrooms with 20 desks catering for 50 to 60 pupils in one sitting – grades 1 to 7.
Mr Mulenga appealed, “We need more classrooms, more learning space for the children so that teachers have less stress.”
The shortage of learning space and poor infrastructure are tempering the growing interest in education.
For example, no single girl has dropped out of school in the last one year as a result of forced or early marriage.
“Our people have now realised the importance of education. Being a pupil has actually become prestigious here. They are very proud that they are able to read and write,” Mr Mulenga said.
Kabulu Primary School head teacher Ernest Chanda has a litany of the bottlenecks he and his team have to face each day.
“We need VIP toilets. We don’t have proper toilets for the children and staff because of the sand,” Mr Chanda, who was born and brought up on the same island, said.
The only hand-worked water pump has broken down while the solar panels meant to provide electricity are just ‘sunbathing’ because there are no batteries.
But like councillor Mulenga, Mr Chanda’s biggest headache is the shortage of classrooms and desks.
“It’s a nightmare. We have been forced to limit the school time table. Grade 7s knock off earlier than usual to allow the other grades to use the classroom. They have limited learning time,” Mr Chanda said.
And because of the shortage of desks, six children are squeezed on one desk, with little room even for moving a limb.
Access to information is limited to listening to radio. People have mobile phones but rarely use them because the MTN network is notoriously erratic.
As if that were not enough, there are only two staff houses for the four teachers.
But the seemingly insurmountable odds have failed to break young teacher Mpundu.
He is impervious to them.
“I graduated from Mansa College of Education in 2015 and was employed during the 2016 replacements. “In 2017 I was posted here in Lunga. I said to myself ‘let me go and sacrifice for the children’,” he said.
“Even before I completed my training I had made one solemn pledge: that ‘I will work wherever the government will send me; wherever my services will be required’. I have adapted to the situation and am quite happy here despite all these problems.”
Mr Mpundu is married with “an anticipated child”.