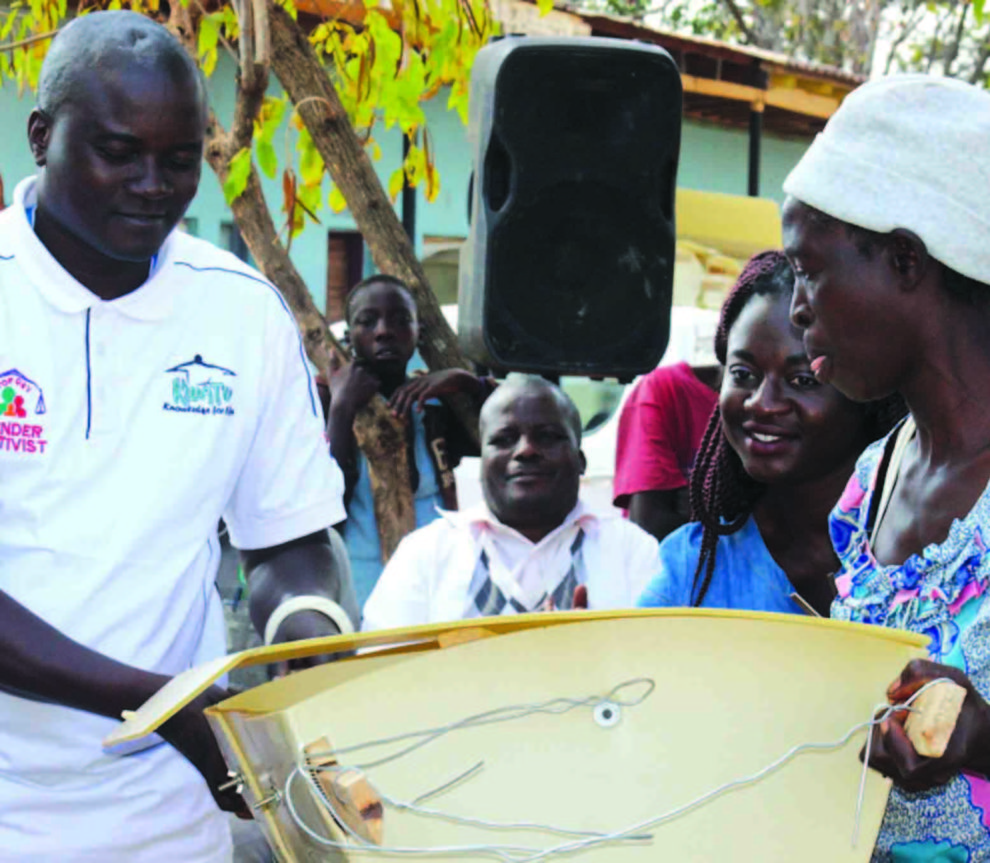 DARLINGTON MWENDABAI, Chipata
SHE carries a log on her head with a heavy heart bearing in mind that unregulated charcoal burning could deplete forest resources and contribute to climate change.

Armed with a bit of knowledge from a recent training on environmental conservation, Tisauke Shawa of Mishoro chiefdom in Chipata casts her eyes on the horizons, considering how she will contribute to creating a green economy in Zambia through bee farming.

Tisauke, as she prefers to be called, a mother and small-scale farmer, uses timber for cooking and charcoal production but she now wants to embark on green farming.
In response to the call to promote a green economy and mitigate the negative effects of climate change in Chipata rural, Tisauke and 299 other locals have made a decision to create a green environment through bee-keeping.
Among these is a small-scale farmer, Wilson Phiri, who has embarked on sustainable agriculture.
With the global call to promote green economies, small-scale farmers like Tisauke and Wilson made up their minds to create a green environment to avert climate change-related disasters such as droughts, floods, soil erosion and land degradation through bad farming practices.
The two are not environmental conservation experts but they know that there is a campaign about creating green economies and environments.
The little they know is that in a green economy, the environment is well preserved, land quality is preserved for continued future use, natural resources like trees are allowed to regenerate so as not to deprive future generations.
A green economy is defined as one that aims at reducing environmental risks and ecological scarcities, and that aims for sustainable development without degrading the environment.
The 300 farmers in Chipata have been sensitised that green farming is the most sustainable way of farming.
In an effort to dissuade farmers from depleting forests through charcoal burning and cutting down of trees to create room for farming, Action for Positive Change (APC), a Chipata-based non-government organisation, has distributed about 700 beehives to farmers to encourage them to go into bee farming.
By nature, bee farming makes farmers appreciate the value of forests and this is what APC is up to.
Tisauke and Phiri are among the 300 farmers who have been trained by APC and have been given beehives to help them begin bee farming.
APC received K968,000 from the Ministry of Foreign Affairs of Finland through a civil society environmental fund.
Chipata district commissioner Kalunga Zulu said APC is undertaking environment and natural resource management and education projects in four chiefdoms of Chipata district, Chanje, Mishoro, Mnukwa and Chikuwe.
Mr Zulu said this in a speech read for him by Chipata district administration officer Kapembwe Sikazwe during APC’s handover of 700 beehives to farmers at Kalichelo Farmers Training Institute recently.
He said unlike other farming practices, bee farming protects trees from the unregulated harvesting of trees.
He said the distribution of beehives is expected to promote bee farming and eradicate poverty in rural areas.
Mr Zulu said Chipata is one of the districts in Eastern Province with a high deforestation rate. This is attributed to the clearing of forests for tobacco production, massive charcoal production and uncontrolled logging of trees for timber.
“Approximately 65 percent of the community in Chipata depend on forests for their livelihood with firewood collection for cooking and heating being the most significant forest resource utilisation activities followed by timber (production),” he said.
Forests are also a source of mushroom, honey, fruits and medicine in Chipata.
Mr Zulu warned the people that if they continue clearing forests at the rate they are, regional climate change will result in negative impacts such as drought, flooding, extreme temperatures and prolonged dry spells as well as crop failure, and ultimately food insecurity and water scarcity.
He said bee farming will contribute to positive environmental management and should be supported by all.
He said APC has since trained 300 people in beekeeping and 150 to operate the over 3,000 low-cost fuel efficient cook stoves which they have constructed in rural communities of Chipata.
The organisation will also form environmental protection clubs in 20 primary schools where 50,000 tree seedlings are expected to be planted.
According to the Ministry of Commerce, Trade and Industry, Zambia has potential to earn over US$12 million annually from honey exports from over 30,000 smallholder beekeepers countrywide.
To achieve this, smart agriculture practices like beekeeping and conservation farming should be encouraged in Zambia’s quest to create a green environment.
And Eastern Province deputy permanent secretary Patrick Mwanawasa says Zambia has potential to eradicate hunger if people discard unsustainable farming methods that thrive on clearing of forests.
Mr Mwanawasa cited cutting down of trees in farm lands as one factor that contributes to deforestation.
He said this recently during a field day tour at Msekera Research Station in Chipata which was conducted under the theme “Green economy”.
Similarly, the 91st Zambia Agricultural and Commercial Show was held under the theme “Promoting a green economy”.
“Zero hunger can be attained with best farming practices such as intercropping, like what we have seen in the demonstration plots here at Msekera Research Station,” Mr Mwanawasa said.
He said intercropping improves yields and increases soil nutrients and so does the practice of conservation farming in general.
Conservation agriculture is premised on three basic principles: minimum tillage and soil disturbance; permanent soil cover with crop residues and other organic matter; and crop mixing as well as crop rotation.
The advantages of minimum soil tillage and covering are protection of soil against erosion by wind or water, improving soil organic matter, improved soil infiltration and moisture conservation.
Minimum land tillage allows for reduced costs of farming through savings from lower labour costs and lesser farming time.
In the long term, conservation farming reduces the amount of fertilizer per hectare.
Mr Mwanawasa said nitrogen fixing crops that have been grown at Msekera Research Station will improve crop yields.
He said there will be no need to talk about hunger in Eastern Province when best practices of farming are used.