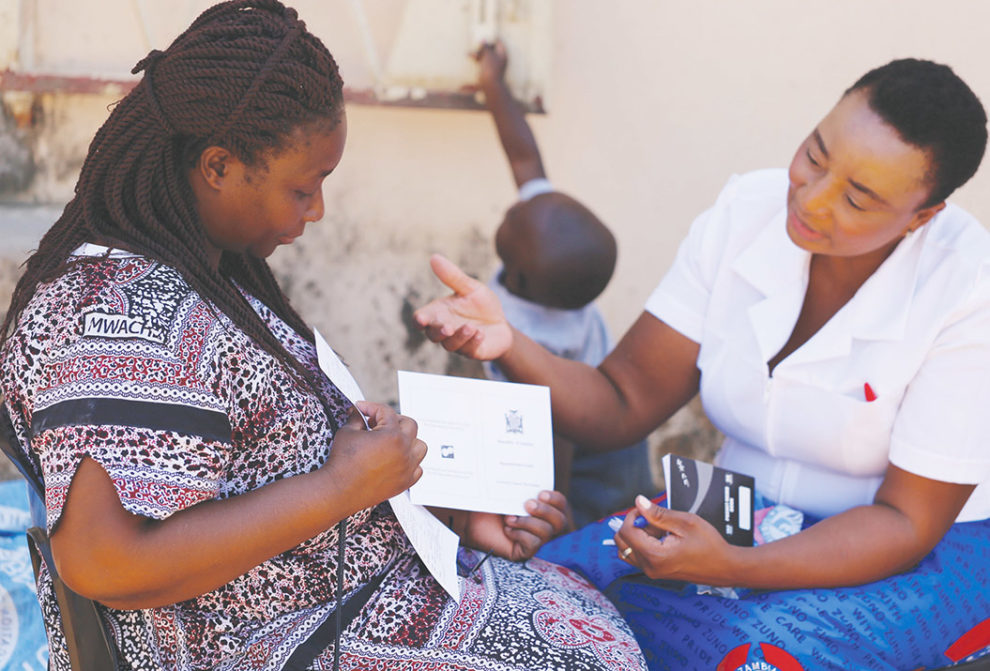 LINDA NYONDO, Lusaka
THE pain of losing her relative to cervical cancer troubled her to a point that she started thinking of how she, despite being a pastor could contribute to fighting the disease.
Florence Mumbi, who is the assistant pastor at Grace Ministries Exploit Centre in Lusaka and is also a member of the Women’s Ministry at her church, shared her idea of inviting a team of Medical Missionaries from the UK to the Women’s Ministry.
“Having lost a relative to cervical cancer, while nursing another one with the same disease at the Cancer Diseases Hospital, I feel that more has to be done to help the women and help those who have the disease get treatment on time,’’ she said.
Reverend Mumbi is of the view that cervical cancer screening should be done at community level to allow more women easy access.
She commended the government and Centre for Infectious Disease Research in Zambia (CIDRZ) for their efforts to have women screened for cervical cancer.
“Cervical cancer is treatable when discovered in its early stage. However, the disease is most of the time discovered late in most people,’’ Rev Mumbi says.
The Cancer Diseases Hospital recorded 2,431 cases of cancer between January 1, 2017 and December 31, 2017.
“Cervical cancer is the highest seen cancer at the hospital representing 32.3 percent of all the cancers screened. Breast cancer is the second at 18 percent and prostate cancer is at 16.9 percent, kaposi’s sarcoma is at 6.8 percent and Hodgkin’s and non-Hodgkin’s are at 2.5 percent and 2.2 percent respectively,” Cancer Diseases Hospital public relations officer, Terrence Nyirongo said
He said the statistics indicate that a lot of women in Zambia are at risk of suffering from cervical cancer, hence the need for them to go for screening while those found with the disease must access treatment.
The high cases of cervical cancer being recorded at the Cancer Diseases Hospital prompted Mary Bwalya, 45, to take advantage of the free cervical cancer screening which was being offered at Grace Exploits Centre by Eye Care for Zambia Charity.
“Initially, I thought that cervical cancer screening is meant for people who have multiple partners. I would like to encourage women to do a cervical cancer check-up, this is a disease that can be treated in its early stages,” Mrs Bwalya says.
She said women should take it upon themselves to undergo regular cervical cancer screening.
Mrs Bwalya said every woman should make it a point to know their cervical cancer status.
She is among the many women who benefitted from the free cervical cancer screening which was being offered by the Eye Care for Zambia Charity
The organisation’s team leader, Simon Nkole, who is resident in the UK, has since 2016 been coming to Zambia to offer free medical services to people in communities, and this includes cervical cancer screening.
“My colleagues and I were prompted to give cervical cancer screening to people in different communities of Zambia. We decided to offer medical services to people who need them the most’’ Mr Nkole said.
Pastor Nkole, who is a pastor of Kitts Green Weapon of Revival Church in the UK, said he decided to come to Zambia to offer health services because helping people is part of his calling as a servant of God.
He said his target was to reach as many people as he could to avail them an opportunity to have access to free medical check-ups.
“The response has been overwhelming, we have realised that more has to be done to supplement the efforts being made by Government in offering specialised health services to the people,’’ Pastor Nkole said.
He observed that the local people need sensitisation to make them appreciate the importance of going for health check-ups on a regular basis.
Other than free cervical cancer screening, the team from the UK were also offering consultation services on eye conditions and high blood pressure.
Pastor Nkole said that as a Zambian, he decided to offer free medical services to the Zambian people as a way of contributing towards improving their health.