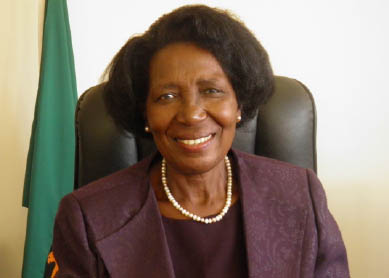 ARTHUR MWANSA, Lusaka
GOVERNMENT has launched the revised National Gender Policy (NGP).
Minister of Gender and Child Development Inonge Wina urged stakeholders to make the documents their reference point as they carry valuable statistics and date on the situation of women, men, girls and boys.
The NGP was launched yesterday together with the Strategic Plan 2013 – 2016 and the 2014 to 2016 Count Her in Campaign Strategy in Lusaka.
Zambia adopted the first NGP in 2000 to enable both women and men participate in the development process at all levels to ensure sustainable development and attainment of Govt launches revised national gender policyequality and equity between sexes.
Ms Wina said the revised NGP seeks to address the persistent feminisation of poverty, rising gender dynamics in the HIV and AIDS pandemic, increased incidences of gender-based violence, human trafficking, negative impact of climate change on women and children and increase of women in drug trafficking.
She said the launch could not have come at a better time than now as it directly links gender issues covered in the documents to the commemoration of the International Human Rights Day (IHRD).
The IHRD is celebrated on December 10 each year to promote awareness of human rights issues and highlight efforts for the improvement of human rights conditions around the world.
Speaking at the same function, Ministry of Gender and Child Development Permanent Secretary Daisy Ngâ€™ambi said the revised NGP would help the country move the gender agenda forward.
Ms Ngâ€™ambi said the policy gives a clear mandate to her ministry and other line ministries to mainstream gender in all sectors.
And non-governmental coordinating Council (NGOCC) executive director Engwase Mwale said the shaping of the national gender programme agenda, as well as women rights, is a responsibility of all Zambians.