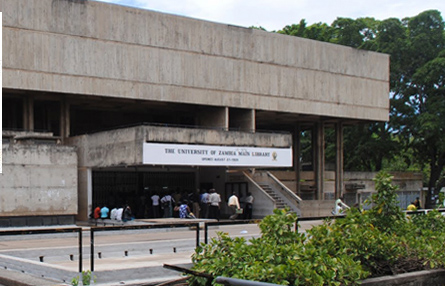 KELVIN MBEWE, Lusaka
THE Ministry of Higher Education has refuted claims by some stakeholders that the awarding of the 2016/2017 University of Zambia (UNZA) scholarships was marred with corruption.
The ministry says the selection was transparent and involved different stakeholders such as Campaign for Female Education (CAMFED), Zambia National Education Coalition (ZANEC), Ministry of Community Development and the ministries of General Education and Higher Education.
Ministry of Higher Education public relations officer Chiselwa Kawanda said this in a press statement yesterday in response to a story attributed to the Zambia Centre for Social Development (ZCSD) director Lewis Mwape.
â€œIt is unfortunate that ZCSD, a reputable institution, could go to the media over a matter of extreme national importance without verifying the facts with the ministry. It is very unfortunate,â€ she said.
She said 2,009 students were selected from over 5,000 applicants.
â€œDuring the selection process, it was discovered that out of the 5,439, a total number of 1,028 were already in the system as they had been sponsored before under the higher education and scholarships board.
â€œWhile 428 applicants were non-school-leavers who completed their Grade 12 before 2013. such students are not always considered for scholarship and this was stated in the advertisement,â€ she said.
Ms Kawanda said the committee also discovered that 511 applicants had been awarded sponsorship under the Copperbelt University but they opted to re-apply for another scholarship under the University of Zambia.
She said the 2,009 were selected from the remaining 3,983.
â€œIn future, we suggest that those who feel aggrieved and wish to make statements first come to the ministry and collect factual information before releasing information that can mislead the nation,â€ she said.