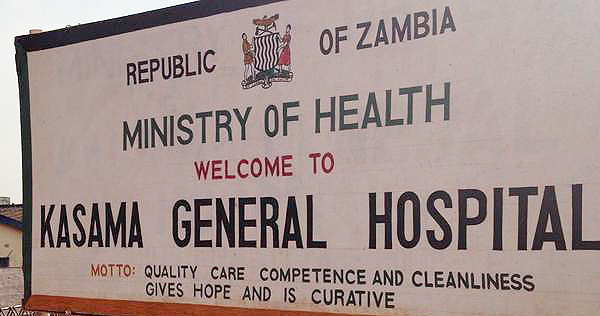 HENRY SINYANGWE, Kasama
GOVERNMENT has released K2 million for the rehabilitation of Kasama General Hospital in the Northern Province.

Provincial health director Kennedy Chibwe said Government has released the money to start renovations of the health institution.
“The Government has already released K2 million for the facelift of Kasama General Hospital to start on October 15,” he said.http://epaper.daily-mail.co.zm/