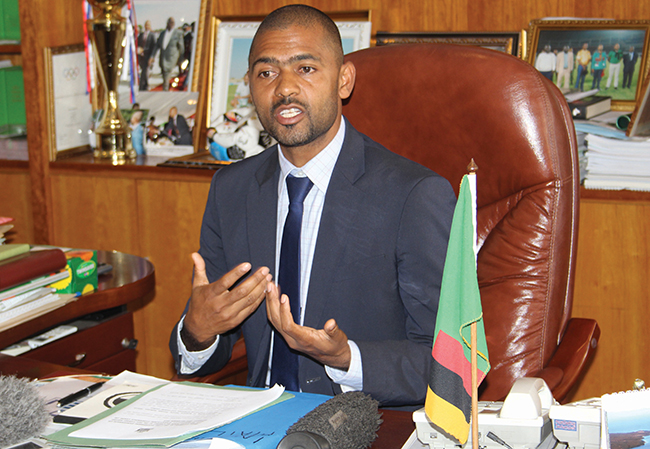 KELVIN CHONGO, Parliament
GOVERNMENT has created three more districts in Northern and Muchinga provinces to improve service delivery, bringing to 107 the number of districts in the country.
And Minister of Local Government Vincent Mwale has told Parliament that upgrading of councils and awarding of city or municipal status depended on a number of factors.
Mr Mwale told Parliament that President Lungu had created three more districts namely: Lunte, Kanchibiya and Kafushimana in Northern and Muchinga provinces.
Mr Mwale said the President had acted in fulfilment of his campaign promise and that Government would in the next seven days establish councils for the three new districts.
Mr Mwale said the creation of the new districts would help improve service delivery in the areas.
He encouraged councils to work hard to upgrade their status.
Mr Mwale said councils that wished to upgrade their status should apply to the Ministry of Local Government.
He said town councils that demonstrated excellence in collective effort and had positioned the district to proactively strive to improve the local economy and the living standard of their residents qualified to be upgraded.
He said another criteria to upgrade a district into a city or municipal was for that district to exhibit visionary leadership and willingness to experiment and innovate.
Mr Mwale was responding to members of Parliament who also wanted their districts to be upgraded to city or municipal status, after he presented a ministerial statement on upgrading of councils and establishment of new councils yesterday.
And answering to a question by Kafue MP Miriam Choonya who asked whether it was because the opposition had won elections in Kafue that Government had not upgraded its status, Mr Mwale said all councils, including Kafue, were encouraged to apply for upgrading if they felt they qualified.
And after almost all MPs demanded to have their districts to be upgraded as either city or municipality, Mr Mwale encouraged them to apply and justify their readiness to be upgraded.
And Speaker of National Assembly Patrick Matibini said he appreciated the interest the ministerial statement had generated, but advised that the issue be dealt with off the floor of the House.
And Mr Mwale said that his ministry would advise the President on which districts should be upgraded.
He said it was up to the President to make a final decision.