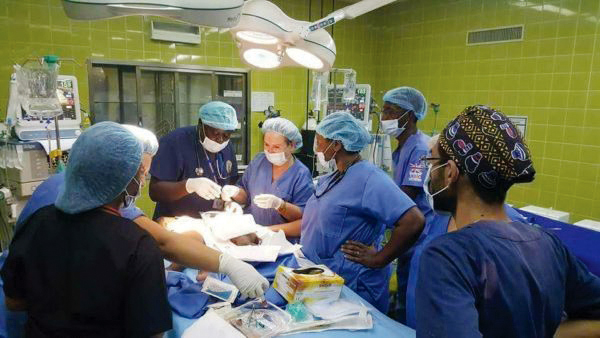 ZAMBIA has made significant strides in healthcare delivery. This has not been by accident, but rather as a direct result of not only having sound policies, but also effectively implementing them.
Among the notable strides is the quest to eradicate malaria, the country’s biggest killer, whose presence has been significantly reduced and could be wiped out completely by 2021.
The country has also scored monumental successes in the fight against HIV and AIDS. Although prevalence among adults in Zambia has had little change over the last decade despite decreasing infection rates.
Life expectancy among people living with HIV has improved dramatically as a result of scaled-up treatment programmes in recent years.
Among people who have been able to access antiretroviral treatment (ART), about 75 percent of them are now virally suppressed.
The strides made in healthcare point to the country’s robust National Health Policy, which has set clear directions for the development of the health sector.
The policy is anchored on Vision 2030, by which time Zambia expects to become a prosperous middle-income country.
This is being religiously implemented through successive National Development Plans and National Health Strategic Plans.
Government has demonstrated to the world that significant success is possible if the sector is given the attention it deserves.
Partners such as the United States Agency for International Development (USAID) have acknowledged that Zambia has one of the most progressive health policy environments in the southern African region.
Speaking at the Ministry of Health annual consultative meeting yesterday, Zambia Mission director Sheryl Stumbras said because of this, cooperating partners have made progress toward their goals in improving the lives of people in various parts of the country.
Indeed for a government which has almost completed the building of 650 health posts countrywide, as well as the ongoing construction of hospitals and upgrading others, the evidence is there for all to see.
The successes of the health sector are also anchored on legacy goals which include a reduction in maternal and child mortality, elimination of malaria, and the recruitment of 30,000 healthcare workers.
Others are introduction of an Alcohol and Drug Abuse Policy and Programme as well as achieving HIV epidemic control, reducing new HIV infections from 48,000 to less than 5,000, the construction of six new specialised hospitals and 500 health facilities in the next five years.
Government intends to train 500 specialists by 2021, halt and reduce non-communicable diseases, and reduce tuberculosis incidence towards elimination.
Government has introduced the National Healthcare Insurance Scheme (NHIS) to increase coverage from four percent to 100 percent.
Through the ambitious legacy goals, Government has made short-, medium- and long-term plans for the country’s healthcare system.
NHIS is but only one way to ensure healthcare for all through a predictable and sustainable financing mechanism.
The 10 legacy goals will ultimately transform the health sector.
Despite the achievements scored so far, the country is still grappling with poor management of the environment, one of the sources of public health problems and epidemics.
The country should similarly up its efforts to curb, if not eliminate, poor sanitation and pollution which are responsible for some of the health challenges.
Given the successes in other healthcare sub-sectors, Zambians should be confident that the challenges too can be overcome. This is, however, guaranteed. Success comes with proper planning and implementation, coupled by adequate funding.
The country should continue building on its successes so far.
With the NHIS in force, citizens are virtually assured of sound healthcare delivery.