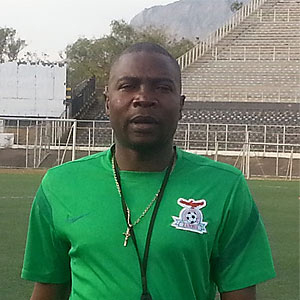 ROBINSON KUNDA, Lusaka
ZAMBIA Army deputy commander Jackson Miti has told Super Division side Green Buffaloes to perform to expectation because the sponsors have done their part in ensuring that the team ends the 37-year wait for the title.
Buffaloes last won a league title in 1981.
Major General Miti was speaking at Arakan Barracks in Lusaka yesterday when he met Buffaloes players and officials to discuss the team’s recent poor performance.
Buffaloes had been occupying second position on the Super Division log for a long time but recently the soldiers slumped to fourth position with 65 points at par with Green Eagles although the Choma-based side have a healthier goal aggregate.http://epaper.daily-mail.co.zm/