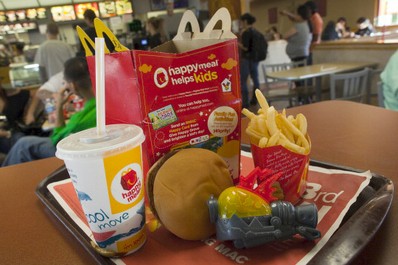 MAKWETI SISHEKANU
WE need fuel to produce food and we need food to produce fuel; a simple equation that holds the entire cosmic balance of our existence! It is a dialogue that defines the environmental impasse of the 21st Century. Therefore, anyone who, in this day and age, still thinks we cannot grow crops for production of fuel – for whatever reasons – is still living on a relic.
Essentially, the theme for this yearâ€™s World Food Day is spot on; Feed the world, save the planet â€“ premised on an observed fact that the biggest threat to natural existence hangs in between the balance of food and energy. At the confluence of this dialogue is the security of fresh water. The dialogue creates an opportunity to remedy future problems in a world fast tipping towards an energy and food crisis due to the ever-growing demands for energy to sustain an ever-growing human population.
With this growth comes the automatic need to produce more food for a lot of predominantly poor mouths. Hence agriculture is put under increasing pressure to expend more energy for higher food yields. The dialogue becomes a vicious cycle â€“ there is more energy expended in the agricultural value chain from food production to transportation, processing and consumption.
Therefore, logic posits that the more people arrive on this planet, the more land agriculture must take to expand food production. With this growth comes the concomitant signs and symptoms; i) agriculture consumes more fossil fuels than ever before â€“ raising the cost of production and increasing the sectorâ€™s greenhouse Gas (GHG) emission profile; ii) agriculture requires more water than ever before â€“ worsening the water complications of the 21st century, and increasing the cost of production as well; iii) agriculture is taking up more forest lands. This increases the global profile of carbon dioxide emissions from land-use change; iv) agriculture is producing more waste â€“ a third of the entire global agricultural production in 2012 was wasted at production, storage, transportation and consumption levels. This is wasted energy trapped in heaps of garbage which leave the majority agricultural producers poor at the expense of their abundant harvests.
This century challenges farmers to re-think not only their production but their production orientation. The 21st century and beyond pushes farmers to venture into the ever-growing biofuel-energy market; not only as a drive for diversification but a re-orientation of production itself. At the center of this re-orientation is the question – whom and what do we produce for? It is ironic that the agriculture sector consumes huge volumes of fossil fuels to produce food more than a third of which is wasted at production, storage, processing and consumption stages. Yet this waste is a rich store of bioenergy trapped in garbage â€“ meaning the energy, time and water, monetary and environmental resources invested in the production of the food is all wasted.
The cycle of wastage in agriculture opens up even bigger market avenues for fossil fuels; hence it becomes increasingly difficult to move away from this environmentally unfriendly form of energy. It also increases the cost of food production and, subsequently, the cost of food itself.
It pushes more GHGs into the atmosphere causing further warming effects whose direst impacts jeopardise food security. The cycle perpetually traps agricultural producers in doldrums of low profitability until the cycle is broken in one way or the other. Imagine the volume of fossil fuels that would be consumed if we mechanised just 50 percent of the majority of small and medium scale producers.
For this century at least, it is clear that producers are pushed to venture into biofuel production as an auxiliary agricultural activity aimed at recycling and re-channelling the energy that would have otherwise been wasted along the food supply chain back to agricultural production. Without due regard to a specific crop, breaking this vicious cycle demands a re-orientation of production; the farmer will not only produce for the crop and food markets; where a third of the produce is wasted, but rather diversify into the biofuel markets reducing the hegemony of fossil fuels in production, processing, transportation and consumption of food.
Currently, this kind of market diversification rings a phobia for food insecurity alleging that it will create a food and fuel conflict. Essentially, the perceived conflict is actually an avenue for market competitiveness.
The 21st century slogan that â€“ â€œdo not grow if you cannot sellâ€ â€“ literally asks; whom and what do you grow for? With such a market-driven orientation to production, there is a high probability for reduced wastage in agricultural production; reduced expenditure on fossil fuels vis-a-vi cost of production; reduced GHG emissions into the atmosphere, and an expanded market competitiveness to grow for. Farmers will have a larger market option than Food Reserve Agency. Indeed, sustainable development will only be won or lost in the agriculture sector.
The author is a graduate in environment studies from UNZA and is an environment and forestry manager at ZNFU writing in his personal capacity.