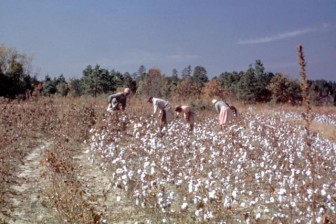 MIKE MUGALA, Lusaka
THE Cotton Board of Zambia (CBZ) says the price of cotton on the international market has had a huge impact on the production trends of local farmers.
Last year, cotton production reduced to 324,690 tonnes from 411,054 tonnes in the previous year.
In an interview recently, secretary Dafulin Kaonga said to address the low production CBZ intends to build farmersâ€™ capacity to improve yield and income levels.
â€œCotton is an export crop; 90 percent of it exported. This means the world market determines the price of the commodity and any fluctuations in the price of the crop has a great impact on local farmers and the cotton sector as a whole,â€ he said.
Mr Kaonga said delays by farmers to cultivate their farms is another factor that has contributed to a reduction in tillage.
CBZ has advised farmers to follow the rainfall pattern as they plant their seed if they are to benefit from their labour.
â€œDue to changes in the rainfall pattern, farmers plant late and this substantially contributes to low yield. Most of our farmers start preparations of the planting late. For example, a farmer might start planting in late December or early January and this means that the crop will have a little time in which to mature and grow,â€ he said.
Mr Kaonga said cotton is not a preferred commodity by most farmers as they tend to concentrate more on growing maize and soya beans.
â€œFarmers will sell maize or soya beans at a price higher than that of cotton, hence cotton is less considered,â€ he said.