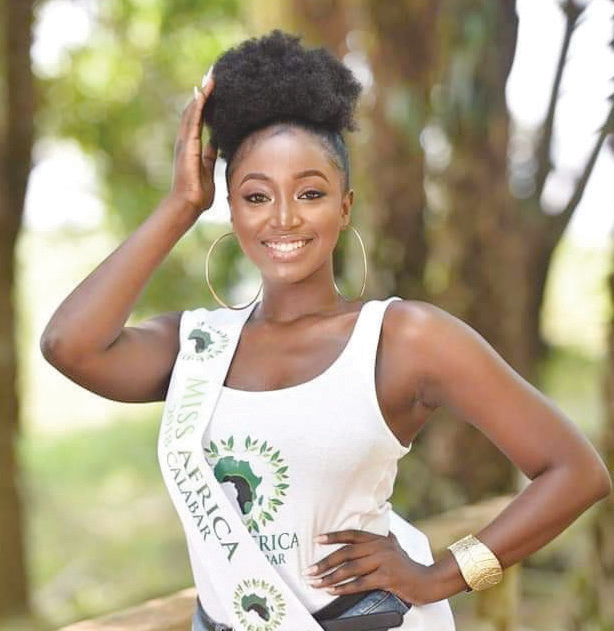 KELVIN KACHINGWE, Lusaka
GLADYS Kayumba, the 23-year-old Zambian model who emerged second runner-up at Sunday’s Miss Africa 2018 pageant held at the Calabar International Convention Centre in Cross River State, Nigeria, says the experience was amazing and life-changing.
The pageant was won by 24-year-old Miss Congo, Dorcas Kasinde, with Nigeria’s Chimamaka Nnaemeka getting the first runner-up position.
Dorcas hit international headlines after her wig caught fire amid the pyrotechnics celebrating her coronation as the new queen. Online reports said Dorcas was in mid-celebration with 2017 winner Gaseangwe Balopi from Botswana when a stray spark caused her magnificent wig to ignite, unleashing panicked gasps and screams from horrified onlookers.
Although Miss Congo was admittedly stunning, she was not the unanimous choice for Miss Africa among those who were following the pageant, particularly after she failed to convincingly answer a question.
Gladys told the Weekend Mail that the competition was tough because the pageant, now in its third year, is the biggest and most recognised pageant on the continent.
She says although disappointed not to win the ultimate crown, she is nonetheless happy with the experience, which she believes will hold her in good stead going forward.
For her win, Dorcas received a brand new Ford SUV and US$35,000 in prize money. Gladys and Chimamaka also received undisclosed cash prizes.
“It really went well, it was an amazing experience. The competition was tough because it’s the largest and most recognised pageant in Africa. Twenty-five countries sent their best models to represent them in the best way possible,” Gladys says.
“Most of the girls were experienced. In addition, the pageant is organised by the Governor of the Cross River State and forms the cornerstone of the Calabar International Carnival, which is a major international tourist attraction.
“The experience hasn’t yet ended because as a second princess, I still have duties to perform throughout the coming year. Yes, I am disappointed [for not winning] because you don’t go into any competition hoping for second place.
“However, this is my first international pageant and I have learnt a lot and I have gained a lot of experience.”
The Miss Africa pageant, which is geared towards promoting Calabar International Carnival, was held under the theme of ‘Africanism’. The theme revolves around telling the true stories of Africa and Africans, promoting its cultural heritage and investment opportunities.