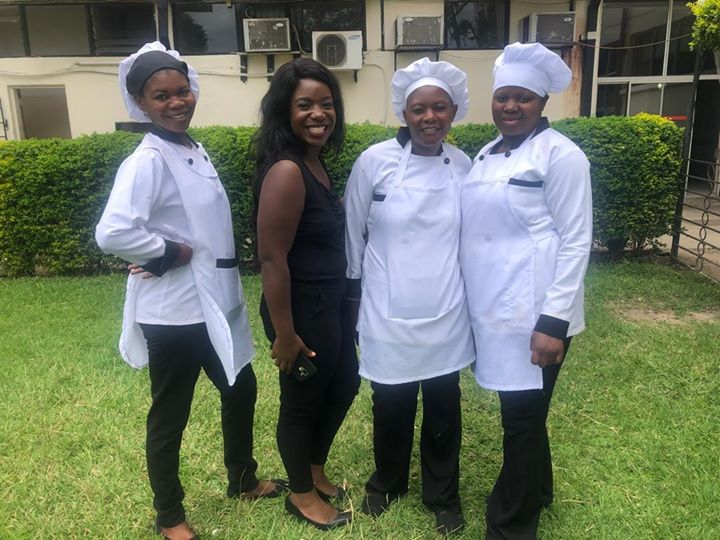 BENEDICT TEMBO
Lusaka
IN 2012, a heavily pregnant Faith Masupa Kalungia undertook a visit to Lusaka Central Correctional Facility for an outreach which has transformed both her relationship with female inmates and made her a mother of millions, literally.
She visited one of the country’s biggest correctional facilities to donate clothes and blankets to female inmates.
“It all started when I was going home after work and eight months pregnant with my first son, driving past Chimbokaila prison. As usual, prison never crossed my mind. In fact, I thought it was for criminals, like one would think a hospital is for the sick,” Mrs Kalungia says.
But she could not believe what she saw when the prison gates opened.
“The first thing that caught my eyes were children. I did not know there were children growing behind bars. They were all different ages, some four months like my baby at home, others a day old. Some were toddlers, so they were playing around, the place was muddy. The children had no shoes. I actually didn’t know there were children in prison until the Lord led me to stop. A month later, permission was given to us to take care of children, and many other works like re-integration and former-inmate empowerment were born,” Mrs Kalungia says.
Some circumstantial children are born behind bars while others live with their mothers who are serving prison sentences.
Mrs Kalungia says the environment in the correctional facility somewhat made the children behave like inmates.
A thought immediately crossed her mind.
If the circumstantial children could be provided with education, their mindsets could be transformed while in correctional facilities. Later on, they could be re-integrated into society as responsible children.
She institutionalised her concept by forming a non-governmental organisation, the Mother of Millions Foundation (MoMF).
Since then, Mrs Kalungia has, through her MoMF, been working with the Ministry of Home Affairs and Zambia Correctional Service (ZCS) through the various facilities for eight years.
“Our areas of focus have been providing circumstantial children with early childhood education, nutrition and health care services in different correctional facilities through our support systems,” she says.
Through MoMF, ZCS has been providing qualified teachers daily to teach inmates’ children.
“We have provided conducive and safe spaces within the correctional facilities where children can play and learn. We have actively been working in five correctional facilities, but have now reached out to other facilities in the country. We thank the Government for the open-door policy that has enabled us to carry out our work,” Mrs Kalungia says.
MoMF has also helped re-integrate some former female inmates into society by empowering them with various life skills such as food production, art and tailoringreportingas well as by linking them to potential employers once they leave correctional facilities.
“Most of the ex-inmates that have been trained are now working,” she says.
MoMF also sponsors inmates and vulnerable children to school with its ‘Back to School programme’. This programme has seen a number of children getting back to school with the support of New Covenant Church based in the United Kingdom.
“We also have different programmess in the communities that keep women, girls and youth out of drugs and busy with life skills in Buchi and Kamitondo townships in Kitwe on the Copperbelt,” Mrs Kalungia says.
Sustainability
MoMF partners with individuals or institutions that do one-off donations.
“Once we have done advocacy, an institution or individuals buy foodstuffs for children or come in to donate winter clothing,” she says.
A public relations practitioner, marketer and a global change leader, Mrs Kalungia says charity work is now her career.
“I have been running Mother of Millions Foundation full time after resigning from my formal employment. It is not easy, the prison work takes up my time but my family has been a strong backbone. I usually involve my kids in all the projects and they have been awesome. My husband [Chardley Kalungia] has been on the roads with me as my strong support system. He is a professional banker of over 17 years, now works tirelessly with my team to provide hope to the less privileged,” she says.
Mrs Kalungia believes the State can do more for circumstantial children.
“I believe they have all it takes to make these little lives that matter enjoy a safe space and a normal childhood. We have over the years taken care of over 650 children since we started our works,” she says.
She is also of the view that society has neglected the circumstantial children because they come from communities and families.
“And sometimes even fathers to these children are not seen once a child is born or raised in prison,” Mrs Kalungia says.
While in correctional facilities, children are supported with teachers who are well trained and are social workers.
“They have a normal school calendar, health activities, and proper nutrition. We provide what a child would require at a normal school, only that their home is prison,” she says.
MoMF has a very good working relationship with the Zambia Correctional Service through the office of the commissioner general and the Ministry of Home Affairs.
“The open-door policy has allowed us to carry out our work effectively,” Mrs Kalungia says, appreciating the collaboration.
MoMF works alongside other organisations in correctional facilities but is not in direct partnership as their focus areas are unique and different from other organisations.
Lately, MoMF has launched the ‘Keep warm campaign’ following the outbreak of the novel coronavirus disease.
The campaign is aimed at providing warm clothing to the elderly and sick male inmates and children.
“So far, we have clothed 733 inmates and our target is to clothe about 5,000 inmates before the end of winter,” she says.

MPs talk macroeconomic convergence
All about being truck driver