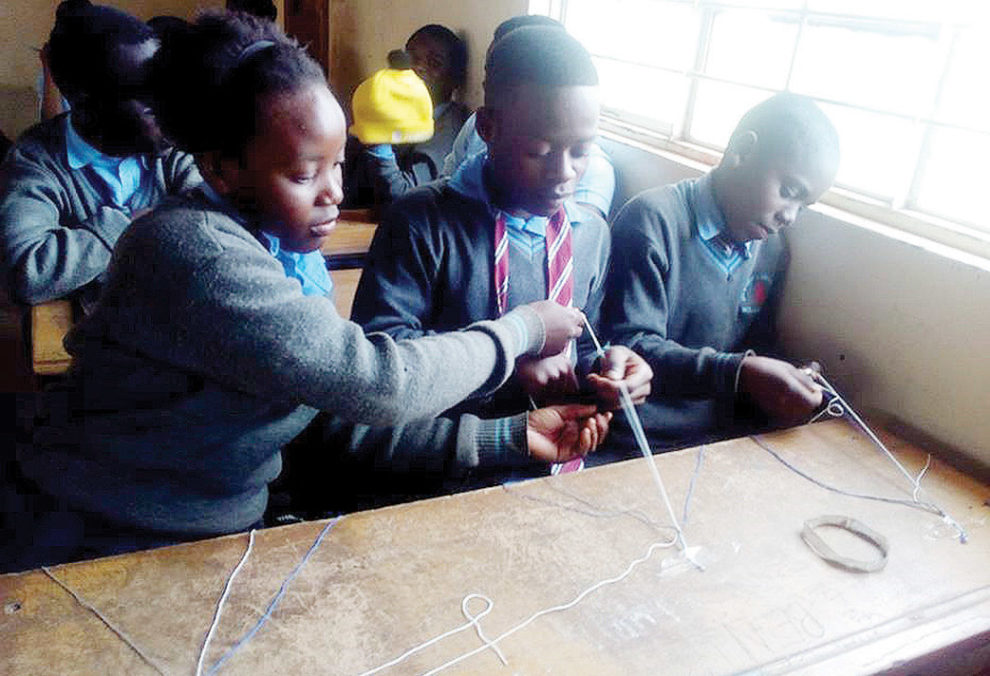 LINDA NYONDO, Lusaka
THE award came as a surprise. She could not believe her ears when her name was called out during the celebration of the International Day of the Girl Child, which was commemorated on October 11, 2018.
Deborah Hilundu, 14, a Grade Nine pupil of Mtendere East Primary School was awarded by her school for her creative skills and behavioural change.
The award was in recognition of her ability to make jam, yoghurt and bracelets. She also got an award for behavioural change from a trouble maker to one of the most committed, obedient and intelligent pupils.
“I felt like crying, I was so happy, I felt like hugging everyone in the auditorium. Yes I have changed a lot; I have also become a good communicator,’’ Deborah says.
Even as she celebrates her achievement, Deborah owes whatever she has become today to her mentors and the founders of the African Development International (ADI).
The organisation started implementing a mentorship programme at the school three years ago that focused on changing the mindset of children from that of dependency to independence.
ADI also offers programmes such as the growth mindset, a continuous activity aimed at enabling children improve their academic performance.
Under the programme, children learn how their body functions and how it responds to biological changes and also how to maintain excellence in terms of behaviour.
“The programmes that are offered help the children to become resilient when faced with hardships. Children are also taught to identify different types of emotions and how to handle them,’’ ADI chief executive officer George Mwanza says.
Some of the emotions which children are taught to identify are sexual, anger and dominance.
Likewise, Joana Banda also received an award during the International Day of the Girl Child for having changed her behaviour from being a rude girl to a polite, obedient and intelligent pupil.
“I also received an award for creative skills and from the time I joined the group, I have developed self-control,’’ she says with joy.
Similarly, 15-year-old Violet Phiri was awarded for behavioural change and creative skills development.
Violet says her perception about life has changed from the time she become a member of the ADI club because the girls are guided on many social issues.
And 16-year-old Abigail Phiri, who is a grade nine pupil, also of Mtendere East Primary School, explains that prior to joining the club, her friends would encourage her to have a boyfriend.
However, being a member of the club taught her that she did not have to have a boyfriend for her to prove that she was a person of worth.
ADI is also teaching the girls to value education and to avoid being involved in sexual activities.
Apart from being advised to avoid watching pornographic movies in order to not pollute their minds, the girls are taught the need to abstain from sex before marriage.
“We are told the dangers of getting married early and the challenges that children born from a young and uneducated mother face.
“If I got married early, the child needs care such as food and shelter and I will not be able to provide for my child,’’ Violet notes.
She has also realised that getting married at a tender age will negatively contribute to her family as it will not break the cycle of poverty.
ADI has also taught Violet how to respond to men and boys who show intentions of being intimate with her.
She believes that young people get into such relationships due to idleness.
Therefore, Violet would rather not be idle but be busy with either school or participation in club activities.
The ADI project, which has been running over a period of three years, has brought about tremendous benefits to pupils who previously never valued education.
The mindset change is as a result of children interacting with specialised mentors who have expertise in behavioural change.
ADI which gets most of its financial and material help from Finland and other well-wishers, also organises fundraising programmes for its activities.
The organisation has in the past organised exhibitions where artwork by the children was exhibited and proceeds from the sales channelled to ADI for operations.
Previously ADI received funding from the International Labour Organisation and the Ministry of Youth, Sport and Child Development.