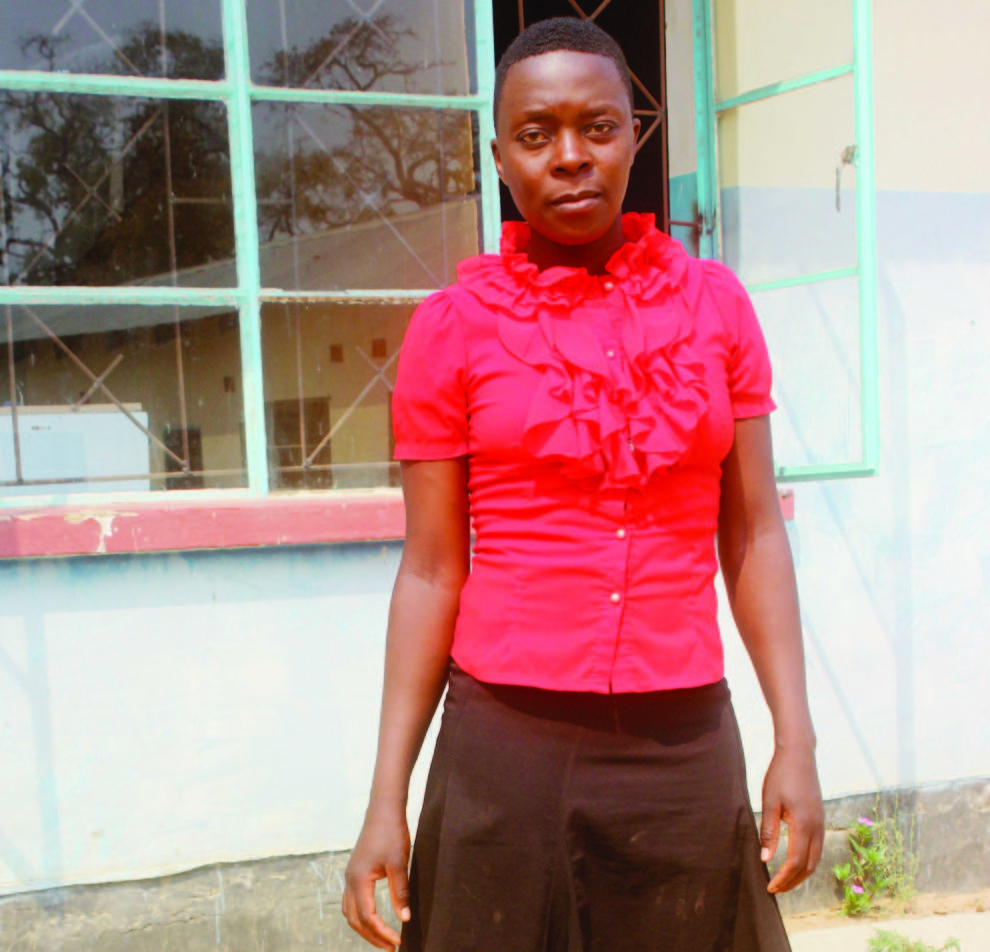 CHAMBO NG’UNI, Kabwe
AT THE age of 22, one should be in a tertiary institution pursuing either a diploma or degree in a course of her choice.
But this is not the case for Gift Nyambe, who resides in one of the rural communities in Itezhi tezhi district, Central Province.

She is one of the pupils who recently took their final grade nine examinations at Mbila Secondary School located about 70 kilometres from the Itezhi tezhi administration centre.

Gift is fortunate that she was able to sit her grade nine final examination because she had dropped out of school.
While she was doing her grade nine in 2013, she fell pregnant and dropped out of school.
Worse still, her father was annoyed with her. He did not want anything to do with her for falling pregnant while in school.
“Life was very tough for me when I became pregnant. My father and mother were not happy with me. I left home to go and live with a relative in Livingstone,” Gift shared.
The future looked bleak because she was pregnant and her parents were disappointed with her. The situation was depressing.
She was out of school for three years. During this period, she was taking care of her child and she was not sure what would become of her.
“I stayed out of school for three years, and I was thinking that if I wanted to have a better future I had to go back to school,” she said.
Taking advantage of the re-entry policy, Gift returned to school and did her grade nine examinations this year.
At Mbila Secondary School, Gift was among others who took advantage of the re-entry policy.
Gift says there are pupils in her community who fail to continue their education after falling pregnant.
“Some come back [and] I think for now there are three pupils, including myself, that have returned to school to continue with our education,” she said.
Gift has now set her priorities right. She is determined to complete her education.
The man who impregnated her accepted responsibility, but she does not want to get married because she wants to secure her future through education.
As for the girls who have fallen pregnant while in school, Gift urges them to return to school if they are to have a better future, adding that education is the key for girls’ empowerment.
“Education does not end. Even if you have three or five children, you can still go back to school,” she said.
When she completes her grade 12, she is hoping to be a police officer. She is inspired by policewomen.
Mathematics, English and sciences are among the subjects she enjoys. She is hoping to score good results to enable her to qualify to grade 10.
“I have been doing my best by studying hard,” Gift, who also believes God answers prayers, says.
Gift is hoping to remain in school until she completes her grade 12.

Life deals you a blow and spouse turns tormentor
Why is there so much unhappiness in marriages?