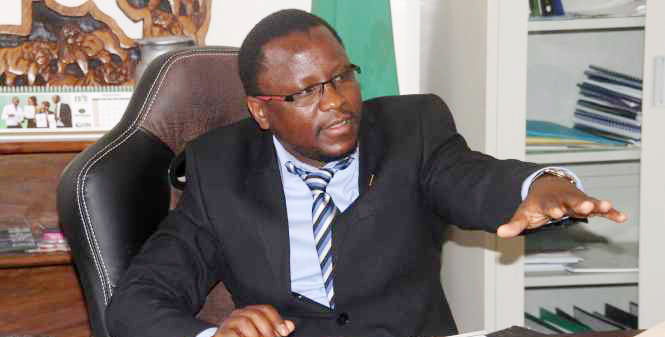 The agriculture sector is critical for achieving diversification, economic growth and poverty reduction in Zambia.
In realising the green revolution agenda, Government has devised various measures to ensure that agriculture becomes the mainstay of the Zambian economy.
One such intervention is through the farmer input support programme (FISP), which is being implemented through the electronic-voucher cards.
One of the key objectives of the e-voucher system is to promote the diversification agenda by exposing beneficiaries to a variety of farming implements, unlike the previous conventional FISP programme that only allowed the targeted farmers to access maize seed and fertilisers.
With the coming of the e-voucher system, farmers can access different seeds (other than maize), fertilisers, stock feeds and chemicals, among other items.
Like any new system, the e-voucher programme is besieged with numerous challenges which if not addressed, can result in the decline of the contribution to national food production by farmers under the FISP.
Government has allocated K1.8 billion to the FISP for the provision of agricultural inputs, which is being implemented through the e-voucher system.
The programme is targeting one million beneficiaries countrywide, who should access any farming inputs (seeds, fertilisers, chemicals, stock feeds etc.) from Agro dealers upon making a contribution of K400 while Government is contributing K1,700 to make it K2,100 as total package.
However, most farmers have not yet accessed the inputs despite making their contribution due to numerous challenges ranging from inability by participating banks to deliver the cards on time despite capturing data from farmers, delayed uploading of Government funding to the system, to the ‘locking’ process whereby the e-voucher cards issued by a certain bank cannot be recognised by the point of sales (POS) machine belonging to a different bank.
This came to light when Electronic Government Division (Smart Zambia Institute-ICTs) permanent secretary Martine Mtonga and his Central Province counterpart Chanda Kabwe visited some banks and agro dealers in Chisamba, Chibombo, Kabwe and Kapiri Mposhi districts, last Friday.
Separately, Dr Mtonga also visited Chilanga and Kafue districts on Saturday, where similar challenges came to the fore.
Most participating banks and agro dealers have fully integrated to the national agriculture system but some banks have delayed to upload Government funding, hence farmers are only able to redeem inputs worth their K400.00 contribution, while the Government’s contribution indicated that money is available but cannot be accessed.
At Dely Agro Limited in Kabwe, Martha Banda had accessed the card under the First National Bank but could only get one 50kg bag of fertiliser costing K250 since Government contribution was not yet ready.
At Be-Jack Farmers’ Friends Limited in Kapiri Mposhi, Musonda Chibwe had his card issued by Barclays Bank rejected at a POS obtained from Zanaco Plc.
Commenting on the matter, Mr Kabwe said national food production is at risk if the challenges are not addressed on time.
“Stock levels at various agro dealers is almost 100 percent, they are just waiting for farmers to collect the commodities but we are concerned since this is two weeks into the planting season and farmers have not yet planted,” he said.
And Dr Mtonga said it is not making sense to subject farmers to visiting agro dealers more than once when most of them are travelling longer distances to access inputs.
“Banks are not being realistic since Government money has been released but banks are failing to credit the cards belonging to farmers,” he said.
Nevertheless, some industry sources [who preferred anonymity] revealed that some banks are hoarding Government money to earn interest on overnight lending.
“If a bank is given K100 million and keeps the money for a few days at nine percent, it earns between K6 million and K9 million hence these delays,” they said.
However, Bankers Association of Zambia chief executive Leonard Mwanza said restricting the usage of POS to banks is part of the control measures.
“There could have been abuse if the e-voucher card was left open like to be used anywhere. We expect agro dealers to only have POS for participating banks in that area.
“But I don’t have much details on the e-voucher system and its’ associated challenges,” he said.
And Zambia National Farmers Union spokesperson Kakoma Kaleyi said the roll- out of the e-voucher systems should have started earlier.
“This is a new system, ideally, the roll- out should have started a few months before to allow for smooth integration and time to address challenges that may arise.
“We should not have waited until December to implement it, but now most farmers have not yet planted,” he said.
Zambia has the potential to increase its agricultural output, especially that the country has a favourable climate, fertile land and vast water resources.
So it is imperative that, interventions such as the FISP and its e-voucher system are implemented in a manner that doesn’t disadvantage the beneficiaries if the country’s agricultural potential is to be fully tapped. 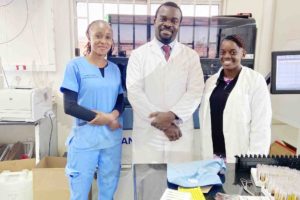