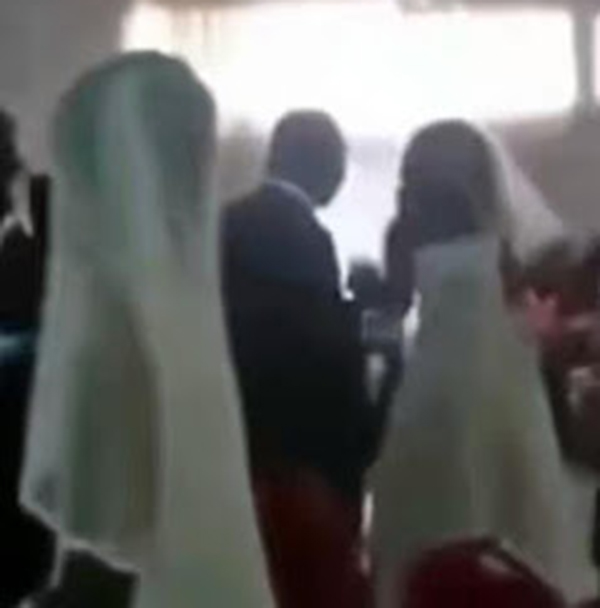 TORN APART with BOYD PHIRI
YOU want to remember your wedding as the best day ever – not the event that nearly cost you your prized possession when your enraged side-chick showed up from the blue to claim part of you.

Of course, you don’t want to lose your virility on your wedding day, not to talk of your sanity because of stubbornly sticking to multilateral relations up to the time you walk your bride down the aisle.
This is the day when you should be feeling lucky that someone’s daughter has promised to be with you ‘for better for worse’.
But minor scuffles do happen on wedding day, especially when your old girlfriend pops up to create a scene in one of those darker plots to bring back her lost lover.
If you didn’t read the Sunday Mail last week, I will explain the incident in a few words.
Someone was in the news for wrong reasons, and it made good reading when the newspaper panned the news that a wedding went ugly in the hood when a woman appeared from the blue to claim she was a girlfriend of the groom.
Well, it’s one of those scenes you only see in the movies. And as you can imagine, some of the guests at the wedding thought they were playing as extras in the movie.
Of course, she did not come with a gun to scare the hell out of the bride and groom, including the guests.
But her arrival at the wedding ceremony to nullify the couple’s vows did not help matters because at that point the couple had already said “I do”.
As a pastor in the hood would tell you, when a man says “I do” to a woman during a wedding, it means he is finally taken, regardless of his previous love life.
According to the story, the woman was so disappointed to see his boyfriend wed another woman that she slapped him in the presence of her rival and the guests.
At that point, hell broke loose as relatives of the groom started beating her up only to be rescued by church leaders who took her for counselling.
I bet she wished she had tattooed his face on her back to prove to everyone that he was really her man.
It’s funny how some prized possessions can make women create a scene and envy on wedding day – how they make a bride and groom immediately experience the worse part of their ‘for better for worse’ vow.
While it is difficult to predict when the worse part of the vow would come in a marriage, it seems the groom had it tacked under his arm long before his bride said “I do”.
Perhaps the man must have read so much about Britney Spears and Jason Alexander’s marriage, which lasted 55 hours.
Fortunately for him, it did not end right there, though the scuffle might have raised questions about his future commitment to his wife.
But as hood-dwellers say, “mwamuna sibamupunda hule”- (a man is never mocked for infidelity”, not even when another woman pops up at a wedding.
Perhaps this is why the bride did not ditch him for causing her embarrassment in the eyes of her friends who had been asking her to see the lucky man.
However, the incident made me think about how future weddings would be held. Obviously, men will start putting in place tight security measures to avoid side-chicks popping up to spoil their memorable events.
I am not keen on someone using a scanner to detect side-chicks at a wedding, but since scuffles at weddings are such a big concern these days, I have no objection to scanners being used on every woman attending a wedding.
So, don’t laugh when my good buddy, Kassmule, brings a scanner during his wedding one of these days. It could mean that security has been tightened further after the St Paul’s United Church of Zambia incident.
bjboydphiri@yahoo.com

Rough ride to Kanyama and back
Law and democracy