DOREEN NAWA, Lusaka
IT CANNOT be disputed that the advent of social media has changed the way people communicate.
Information now flows quicker.
Indeed it flows quicker as can be seen in instances of women who are harassed and bullied in cyber space.
A disturbing phenomenon has developed in Zambia where women are shown in videos being victimized for alleged promiscuity.
Whether guilty or not, once such a video is posted on social media involving a woman, the victim is shortly condemned to ‘death’ without even knowing the genesis of the event.
While there are no statistics of women bullied in cyber space, the frequency of postings of videos of women being bullied is evidence enough that the practice is on the rise.
Panos Institute of Southern Africa (PSAf) executive director Lilian Kiefer feels both men and women in society are working to tear down women.
“In the present day, it seems to be trendy to bring women down through social media. Women tend to be easier targets of unwarranted attacks online.”
Ms Kiefer says from her observation, when a male person is bullied online, especially a prominent male person, the reaction is to quickly condemn the act.
“When it’s a man involved, guns come out blazing, condemning the bullying. Some even go to the extent of ‘mourning more than the bereaved’. But when a woman is bullied, even a prominent woman, it seems to be entertaining, and in some cases, entertaining to both men and women,” she says.
For Ms Kiefer, bullying should be condemned in the strongest terms and should be stopped because it knows no gender.
“Bullying is bullying, whether the victim is male or female. We can’t even start to talk about equality here, because the idea is not to cyber-bully males and females equally, but to bring an end to cyber-bullying because of the harm it is causing in our society,” Ms Kiefer says.
For Ms Kiefer, what is seen on social media or generally online in terms of bullying women and girls mirrors what is prevailing in the society.
“The society at large enjoys and condones bullying women and girls. To address cyber-bullying, we must start with addressing the general beliefs and attitudes towards women in general terms. Then we will begin to see positive trends online,” Ms Kiefer says.
Countrywide, cyber bullying experiences have ranged from posting comments or rumors about someone online that are mean, hurtful, or embarrassing, with the aim of degrading the person whether true or untrue.
A resident of Lusaka’s Villa Elizabetha, Jennipher Nsofu, 46, says having experienced cyber bullying, her wish is to completely see the trend come to a stop.
“After my failed marriage, the information regarding my marital life found itself on social media. The experience was not pleasing. I got a lot of calls from people asking what happened. At that point, I condemned myself and felt like what happened was all caused by me alone,” Ms Nsofu says.
She says because of that experience, her ambitions that time were killed, she damned all achievements and aspirations downgrading that powerful woman she has been for years.
“I don’t want to experience that any more, and I would not wish it on anyone whether male or female,” Ms Nsofu says.
Cyber-bullying happens in many different ways.
The various examples based on real-life experiences and its consequences do not only affect the victim, but society as a whole.
Although digital technologies have the ability to empower, connect, and liberalize, they can also serve as platforms for marginalization and abuse.
Recently, the Zambia Women Parliamentary Caucus (ZWPC) also expressed concern at the level of cyber bullying especially on women in the country.
ZWPC chairperson Nkandu Luo who is also Minister of Higher Education says cyber bullying in the country, especially against women has reached alarming levels and is frightening.
“There is urgent need to address the increasing number of cyber bulling in the country. Leaders, especially women, please let’s to lobby for statutes to deal with the alarming levels of cyber bullying in the country,” Prof Nkandu Luo says.
For professor Luo, the public should instead use social media for development and not destruction of the nation.
“Women leaders only make headlines for what they wear and not for their positive contributions and achievements to the nation. We need to stop mud-sling each other on social media and discuss topics that will take the nation forward,” Professor Luo says.
To ensure that there is a stop to cybercrimes such as cyber bullying, Zambia Information Communications and Technology Authority (ZICTA) says measures have been put in place to fight cyber-crime.
“Cyber security experts are working closely with the Zambia Police to bring the perpetrators to book. Levels of carelessness and irresponsibility of people on social media is worrisome and there is need to intensify protective actions,” ZICTA Director for Consumer Protection and Information Management, Ngabo Nakonde says.
Ms. Nakonde says, if used correctly, social media is a good tool that can be used to help enhance business.
“People should take advantage of social media to market their business rather than using it to commit crime such as theft and cyber bulling,” Ms Nakonde says.
Therefore, it is the responsibility of everyone to work towards a safer and friendlier online space for women and girls by ensuring that what is posted does not , towards lobbying for safeguards and redress for perpetrators. 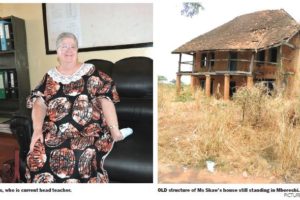 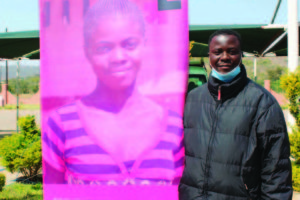 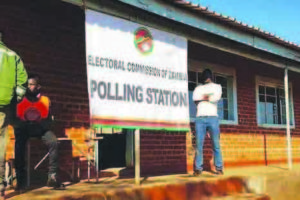