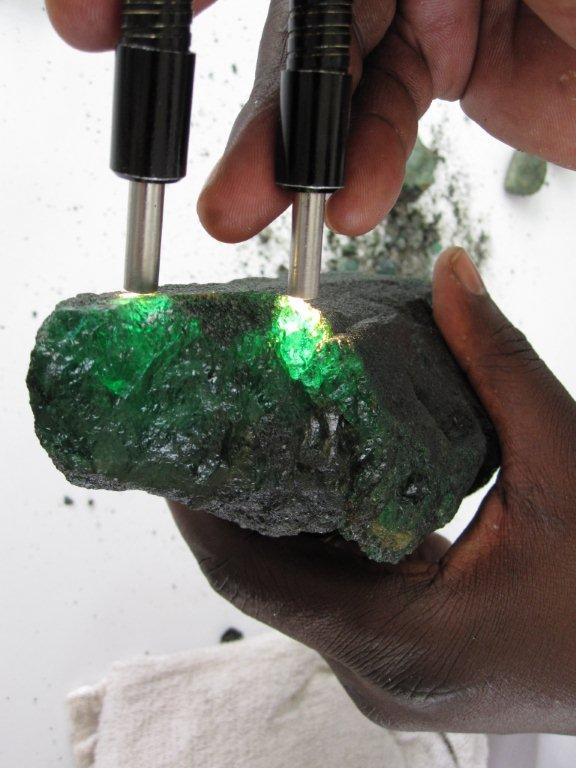 ESTHER MSETEKA, Lusaka
GEMFIELDS Chief executive officer Ian Harebottle says despite the current global economy volatility, the precious-stones industry will not be severely affected due to the firmness of the commodity on the market.
Mr Harebottle said gemstones in Zambia have the potential to contribute an additional 20 percent to Kagemâ€™s revenue in the long term.
â€œIf it is true that â€˜discontent is the mother of inventionâ€™, then there is potential for economic growth in Zambia,â€ he said.
In an interview with the Mining Weekly recently, Mr Harebottle stressed that Zambian emeralds are the foundation of Gemfieldsâ€™ business.
He however urged Government to urgently diversify its potential sources of revenue and embrace the opportunities presented by manufacturing, agriculture, tourism, and other industries.
â€œGemfields has not been severely affected by the current economic changes owing to its low level of market saturation, as it does not depend on the success of a single commodity. Coloured stones are significantly rarer than luxury items or diamonds, for example, and, therefore, are not a saturated market yet.
â€œSince Kagem production and gemstone prices remain steady, operations remain significantly viable, provided that production continues, production costs are maintained and market awareness of the gemstones is increased. Gemfields remains positive about the Zambian mining industry as the company has continued to invest millions of dollars every year in exploration,â€ Mr Harebottle said.
He said emerald and beryl production at Kagem remains targeted at between 25 million and 30 million carats this year.
Mr Harebottle said once the fourth phase of the high-wall pushback programme at Kagem emerald mine is completed, the company may embark on a fifth-phase pushback programme to further extend the mineâ€™s in-pit ore reserves to 2024.