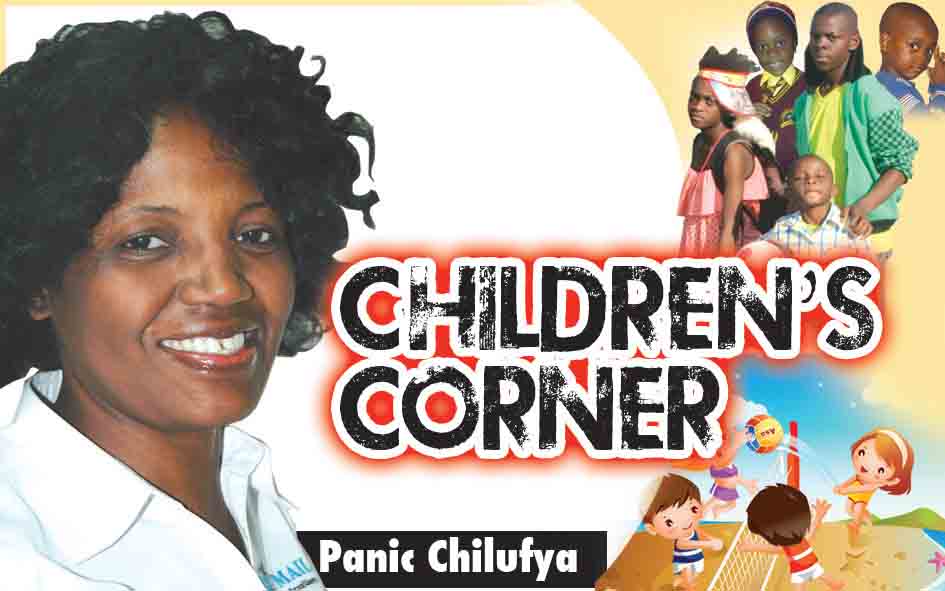 Children’s corner with PANIC CHILUFYA
THE Non-Governmental Organisation Co-ordinating Council (NGOCC) has condemned the rise in murders involving husbands and wives as a result of domestic disputes.
Executive director Engwase Mwale said recently that any kind of violence perpetrated by men or women is unfortunate and should not be condoned.
â€œAs an organisation, we are deeply saddened that in the last reported incidences, lives have been lost. Gender-based violence (GBV) can never be justified for anything,â€ she said.
Ms Mwale said going forward, there is need for couples to engage in dialogue and avoid any form of violence. Such is a societal norm that every Zambian should contribute in creating towards more committed relationships.
What these adults seem to forget is the effect of their behaviour on children who often witness the violence as it happens. Sometimes in the case of the death of one parent at the hands of the other parent, this essentially leaves the children orphaned and will grow up without the protection, love and care of the parents.
Such children often suffer from emotional and psychological trauma, which will negatively affect their development into healthy adults. Some children who grow up being exposed to various forms of violence usually grow up with a role model of intimate relationships in which one person uses intimidation and violence over the other person to get their way. And because children have a natural tendency to identify with strength, they will grow up believing that violence is the way to solve any conflict that might arise.
Most experts believe that children who are raised in homes where they are exposed to violence learn that as an effective way to resolve conflicts and problems. They may repeat the violence they witnessed as children in their own relationships and parenting experiences. Boys who witnessed violence in the home are likely to abuse while girls will tend to accept violence in a relationship as the norm.
Children will be psychologically scared and according to experts, such children are always unpredictable, filled with tension and anxiety and dominated by fear. Instead of growing up in an emotionally and physically safe, secure, nurturing and predictable environment, these children are forced to worry about the future; they try to predict when it might happen next and try to protect themselves. Survival becomes their main objective leaving them with little time left for fun, relaxation or planning for the future.
While, others suffer the stigma of being children where one parent killed the other, it is something which is very difficult to get rid of once labelled in such a negative manner.
As Ms Mwale said, there is need for parents or even couples to engage in dialogue and avoid any form of violence for the sake of the children and if the country can minimise the culture of violence that it has been experiencing in almost all sectors of society.
The responsibility of protecting such vulnerable children is not only for Government but for parents and adults as well to ensure that children are brought up in a safe, secure and happy environment if they are to grow up into mature and responsible adults. As much as possible, children should be allowed to enjoy their childhood; this can only be possible once parents, couples or even adults learn to dialogue to resolve conflict instead of always resorting to violence.
Remember, children are our future. Until next week, take care.
pchilufya@daily-mail.co.zm; gender@daily-mail.co.zm.