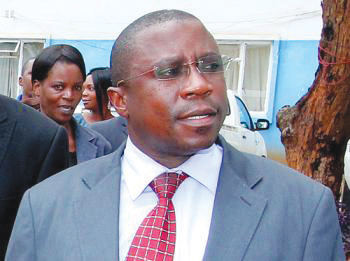 STEVEN MVULA, Lusaka
GAME farming is a business that can improve the economy of Zambia, Wildlife Producers Association of Zambia (WPAZ) chairman Don Stacey has said.
Mr Stacey said this on Thursday when he appeared before the Parliamentary Committee on Agriculture to submit the associationâ€™s views on the Wildlife Bill of 2015.
â€œThere is enormous potential for growth in the game farming industry in Zambia. Our associaton (WPAP) is working tirelessly to promote the building of a wildlife economy,â€ Mr Stacey said.
Mr Stacey said game farming will make game (bush) meat legally available at competitive prices and thereby improving peopleâ€™s nutrition as wild animal meat is healthy.
Mr Stacey, a renowned farmer of Mkushi, said game farming will put poachers out of business.
â€œGame farming will stimulate the growth of Zambiaâ€™s economy, create employment and preserve animals. And most of all, poachers will have nothing to sell as bush meat will be readily available in every shop,â€ he said.
Mr Stacey said the reason poaching is difficult to tackle is because bush meat is rare to find.
Asked by Mpongwe member of Parliament Gabriel Namulambe, how wild animals would multiply rapidly away from their natural habitat, Mr Stacey said wildlife has greater chances of survival in captivity than in the wild.
â€œWhen you fence these animals, they survive from hyenas, diseases, hostility and so on. Besides, there is more care by those looking after them. Their survival chances in captivity are higher than in the jungle,â€ Mr Stacey said.