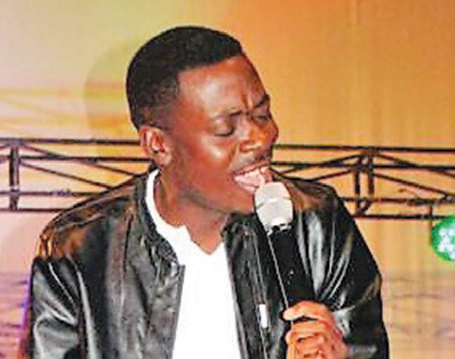 STAFRANCE ZULU, Ndola
AFTER what appeared like a long wait, gospel musician Gabby last Friday finally launched his fourth studio album “Through It All” before a packed audience at Broadway Cinema in Ndola.This is a 10-track album with songs like Destiny, Umwana Wampanga, Ikila, Ukwabula Imwe, One Day, Enko Mwamfumya Yaweh (remix), Masiku Yano, Kuli Lesa Fyalinaka, Nkumyeniko and the title-track itself Through It All.
The album, which was produced by Artson Mumba of X-Bluster Studios, features Peter Phiri, Toliwe, Emeldah and Webster Chiluba otherwise known as Kasaka. Yes, Kasaka can sing.
For the launch, a number of artistes from Lusaka, Luanshya, Chingola and within Ndola came on board to help out Gabby.
This helped change the complexion of the whole launch, whose main purpose was to try and raise money to enable Gabby to shoot videos.
Among the gospel artistes who performed during the launch are The Link of Chingola, Sister Victoria of Mufulira, The Disciples of Luanshya, Petershakes and Antonio the Yellow Dove from Lusaka.
The Ndola-based artistes who performed include Paul Tembo who played Ifisabo with Chifundo belting out Mundwile. Others were The Triumphant, Francis and several praise teams.
It was not music all through; in-between, Kasaka provided some humourous moments.
Kasaka is a friend of Gabby and he was a busy man on the night as he was helping out in the co-directing the launch encouraging those in attendance to buy Gabby’s CDs.
After the supporting artistes had done their part, Gabby took to the stage with the song This Is Jesus as his introduction before following it up with Mwekatula.
After that, it was all systems go. The show was truly on.
Gabby delivered songs like Kucalo Cipya, One Day, Destiny and Eco Mwamfumya.
The show went into the early hours of the morning with the Yellow Dove concluding the proceedings with an energetic performance, which he performed alongside Mozegetar and his Mimbulu Boys, would not look out of shape.

TagsGabby goes it all through