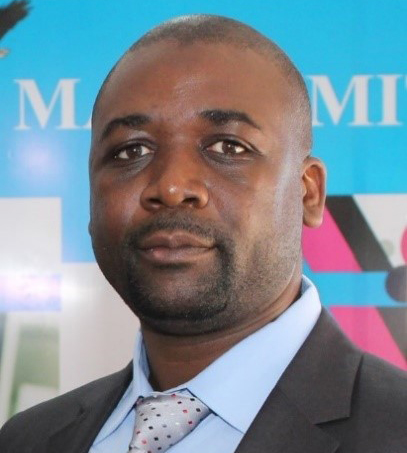 Analysis: CLEMENT SINYANGWE
FREEDOM of expression (FoE) is a vital human right which also strengthens most other rights and enables them to flourish.
It refers to one’s right to speak their mind without restrictions on various important issues affecting the society, access information and hold the powers that be to account.
FoE plays a very important role in the development process of any society. This, coupled with technology, which is basically an enabler, creates such a powerful combination making information reach masses within a fraction of seconds. Sometimes I tend to think of how FoE and technology are being used amongst citizens and people throughout the world and hence decided to pen down one or two things on this subject.
It is obviously a known fact that almost everybody wants to be heard somehow and would like to speak out on one or two things without being judged or subjected to any form of treatment or even punishment, especially speaking through technology platforms such as Facebook, WhatsApp and other social platforms. But, again, if you come to think of it, there has been a lot of controversy on FoE and why people should be left free to express whatever they wish to through various social media platforms. Interestingly enough, I once heard of a very heated debate on some social platform where members of that group expressed different opinions on the so-called freedom of expression. I was meant to believe without any reasonable doubt that the debate was followed the Zambia Information and Communications Technology Authority (ZICTA)’s raid on some organisations over some illegal activities sometime back. Fear then gripped some citizens who thought that the ICT regulatory body would extend their raid to the general public or individuals.
Let me start by discussing what freedom of expression on the internet is, then the benefits and disadvantages of it and also give some examples of what constitutes it. As stated earlier on that FoE is the right to express one’s ideas and opinions freely through speech, writing, and other forms of communication, but without deliberately causing harm to others’ character and/or reputation by false or misleading statements. When FoE is used over the internet as a communication channel, it then becomes freedom of expression over the internet. FoE over the internet has of late been rapidly used as a vehicle for expressing various views. This is sometimes done openly and other instances people want to disguise their identity.
The United Nations Educational, Scientific and Cultural Organisation (UNESCO) recognises the internet as a platform that holds enormous data needed for potential development world over. It believes that the principle of freedom of expression must apply not only to traditional media but also to the internet and it can definitely contribute to development, democracy and dialogue. Results from a research conducted by UNESCO on “Freedom of expression and the changing legal and regulatory ecology shaping the internet” brought out the following issues:
• Technical initiatives, related to connection and disconnection, such as content filtering;
• Digital rights, including those tied directly to freedom of expression and censorship, but also indirectly, through freedom of information, and privacy and data protection;
• Industrial policy and regulation, including copyright and intellectual property, industrial strategies, and ICTs for development;
• Users, such as those focused on fraud, child protection, decency, libel and control of hate speech;
• Network policy and practices, including standards, such as around identity and regulation of internet service providers; and
• Security, ranging from controlling spam and viruses to protect national security.
From the above outcomes, it is evident that FoE is needed but, again, it tells us that there is a lot of control and censorship on the FoE world over, especially that which is done over the internet. But the question is, why should people be controlled or censored? Could it be for fear of people spreading unauthentic information? Or is it that those in authority fear to be exposed for wrongdoing? We have heard of countries that have blocked the use of some social media platforms. My thinking is Zambia as a country is very flexible on this issue. We have a lot of issues, including sensitive ones, being discussed on these platforms. Sometimes, I actually get disappointed with certain information we post as citizens. We forget that social media is capable of spreading information to masses in a short period of time. Anything bad portrays a negative image on the country, our leadership, as well as the citizens at large. My advice to all is that we should always check and choose what to post on these platforms instead of waiting for the authorities to unleash a whip against it. Technology is there to make our lives easy and not worsen it.
The author is Zambia Daily Mail Limited deputy ICT manager, for any reaction, contributions or comments please write to csinyangwe@daily-mail.co.zm

Should we not worry about our work culture?
Gender inequality fight