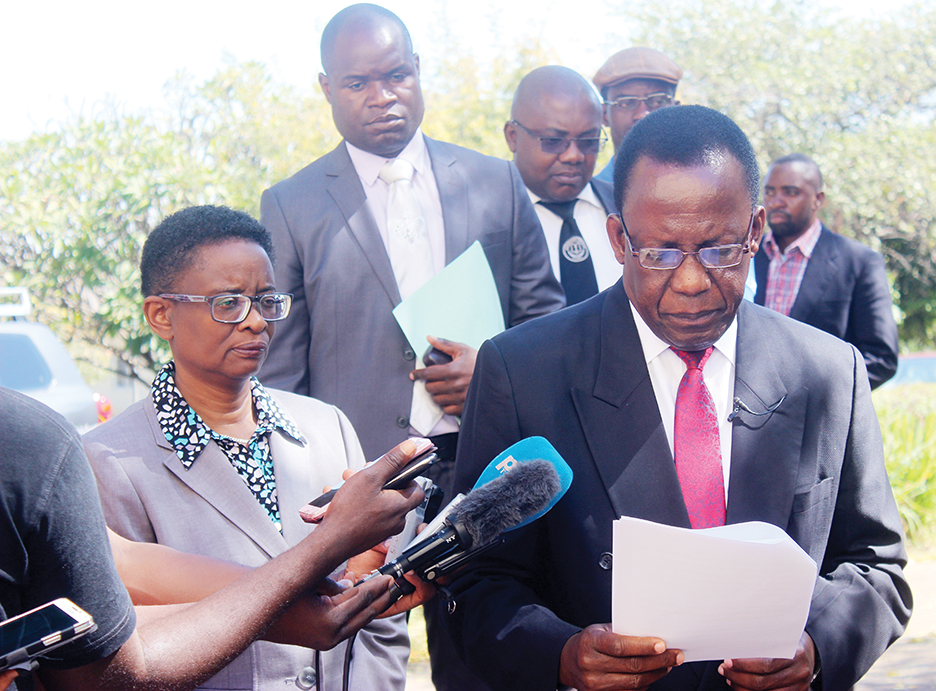 OKAY, you all heard the man! He spoke in a voice as clear as noonday, and repeated himself like a broken record.
“It is a new dawn. The fourth estate, the media, will be freed,” declared Hakainde Hichilema at his swearing as the country’s seventh President. But is it not such a tragedy that he had to make that declaration at all? Yes, because media freedom in our country is prescribed by the Constitution and not given by one man, notwithstanding that that man is the President.
Editorial independence and press freedom should not be determined and prescribed by those whose selfish interests might suffer by it. But the truth is, we had grown so accustomed to life under the “new normal” of Edgar Lungu such that when the real normal came, someone had to remind us about our freedom. Clearly, oppression is no oppression until you come out of it. Most of us even forgot how press freedom felt like; we accepted the façade of press freedom created by the previous regime.
And to think that this amnesia about editorial independence and press freedom set in within a period of only 10 years is really befuddling as it is disheartening. I say it was the biggest daylight robbery of the decade for our country’s media. Those of us who tried at the least to exercise what little was left of press freedom were deemed enemies of the State and punished like common criminals. I still bear the physical and emotional scars of the attack I suffered from machete-wielding supporters of the ruling party. So now that we’ve got freedom what are we gonna do with it? We shall use it to the good of our society; to serve the interests of the public and not a few privileged individuals – the ruling class. Although sometimes it does feel like crossing a flooded river on the back of a crocodile. I say so because politicians can be such unpredictable beings. They say one thing today and do something different the other. They make nice-sounding, sweeping statements of what they will do once they have the power, only to change once they have got the power. But the biggest irony in all this is to have those who gagged our mouths now begging us to lend them our voice as they shout from the other side of the fence. Such is life. They created a monster that rose against media freedom, crushing those who stood in its way, and managed to keep the public media in its stronghold. Yes, freedom is here, but I’m also aware that freedom must be handled with care. It can be suffocated by the very people it is meant for. It reminds me of an anecdote I once heard from a preacher about an old man who placed a butterfly in the hands of a young man and asked him: is the butterfly dead or alive? The answer could only be determined by the young man. We shall keep this freedom alive and not allow it to slip through our fingers again, or to allow anyone to grab it away from us – not now, not tomorrow, not ever. We shall test the waters and pray that the monster did not leave any eggs in its lair – God help us if it did. Of course there is an uncanny feeling of déjà vu. We have heard such pronouncements before from previous regimes – they promised freedom, but it was given on their own selfish terms and not ours. They all start with nice-sounding promises of press freedom, until the President’s yes-men start calling the newsroom, or the Minister of Information and Media brings her own definition of press freedom and freedom of expression to the table. Of course editorial independence is never absolute – whether in the private or public media. The idea that there will always be the invisible hand is generally accepted by those working in both public and private media, but what is detested is when the invisible hand becomes so powerful that it can no longer keep its invisibility, making those who wield the mighty pen look stupid in the eyes of society – puppets of the regime. We shall be on the lookout and if the monster rears its ugly head again, we shall remind the giant slayer in the same tone and repetitive manner that he made the promise of freedom. Mark my words, mark my words. Bally, I hope our love affair will last – for better or for worse. For comments email: jzimba@daily-mail.co.zm, jackzimba777@gmail.com, WhatsApp line 0979309545. Editor’s note: This is the first of a weekly column by our writer Jack Zimba, in which he will be focusing on various issues affecting our society.