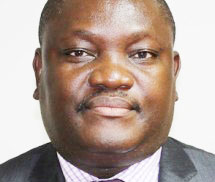 PRISCILLA MWILA and KELVIN CHONGO, Lusaka
THE Food Reserve Agency (FRA) and Zambia National Farmers Union (ZNFU) yesterday failed to reach an agreement over calls by various stakeholders to revisit the K60 price for a

50kg bag of maize announced by the agency recently.
In a statement yesterday, jointly signed by FRA executive director Chola Kafwabulula and ZNFU acting executive director Ella Chembe, the FRA management pledged to call for an urgent board meeting to discuss the matter.
“The meeting is aimed at presenting the farmers’ position and the final decision will be announced within the course of next week,” the statement reads in part.
And sources within FRA told the Daily Mail yesterday that the agency has received overwhelming response from farmers in Luapula and Eastern provinces, where the sale of maize is going on well.
The source said farmers in the two provinces are selling their maize to FRA because they do not incur any transportation costs because the agency buys maize from farmers’ homes.
On Monday, ZNFU president Jervis Zimba called for an urgent meeting with FRA after receiving numerous complaints from farmers over what they have termed as exploitative price of their commodity.
ZNFU wants FRA to act in the best interest of famers by making an upward adjustment of the price of the commodity.
Mr Zimba urged farmers country-wide to be patient and hold on to their maize until the two parties resolve the stand-off.
He said ZNFU will not allow farmers to be exploited after investing so much money in the production of their maize.