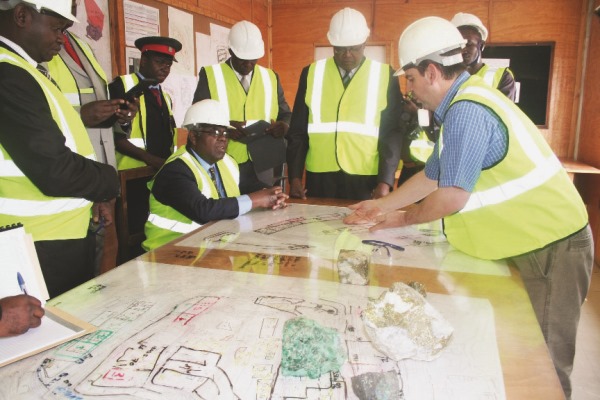 By NKWETO MFULA
FIRST Quantum Minerals (FQM) Kalumbila mine workers in Solwezi on Monday protested over managementâ€™s decision to withdraw the bus that ferries them to work and to provide them with bicycles to use for transportation.
Management proposed to give the miners bicycles to ride up to the gate at Kalumbila mine where a bus would ferry them into the plant.
Mineworkers Union of Zambia (MUZ) general secretary Joseph Chewe said it is disappointing that management intends to give bicycles to miners for transportation.
â€œThe issue is that management wanted to give bicycles to all miners to ride up to the main gate, some employees come from as far as two to three kilometres, the situation angered the miners,â€ Mr Chewe said.
He described the managementâ€™s decision as retrogressive and called on management to continue providing miners with decent transport.
â€œThe mining company has to provide transport, the way other companies are doing,â€ Mr Chewe said.
He appealed to FQM management to consult with MUZ to avoid disrupting production.
â€œMining activities at the mine should continue without any disturbances in order not to affect production levels,â€ he said.
Mr Chewe also called on the Zambia Institute of Human Resource Management (ZIHRM) to closely monitor and supervise human resource practitioners.
â€œThe institute should train their members on how to come up with workable decisions that are not retrogressive,â€ he said.
The US$1 billion Kalumbila mine is situated 120 kilometres west of Solwezi in North-Western Province.