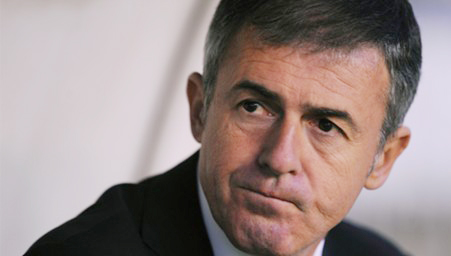 VICTOR KUMWENDA, Constantine, Algeria
ALGERIA coach Lucas Alcaraz says the Chipolopolo should focus on qualifying for the 2022 Qatar World Cup finals because they have a slim chance of making it to the 2018 edition in Russia.

The Spaniard said both Algeria and Zambia have slim chances of securing a slot at the Russia finals despite Nigeria dropping points against Cameroon.
Leaders Nigeria battled to a 1-1 stalemate with Cameroon in a Group B match in Yaounde on Monday night.
Nigeria have 10 points, six better than Chipolopolo while Cameroon have three, two clear of Algeria.
Zambia and Algeria locked horns last night.
Alcaraz said in an interview yesterday that despite Zambia’s 3-1 victory over Algeria, the Chipolopolo are still outsiders to qualify for the Russia showpiece.
“Zambia has a balanced squad with a blend of youngsters but I don’t think they can make it for the World Cup in Russia. I know it was an interesting result in Cameroon, which gives hope to other teams, but still the momentum is with Nigeria.
“Zambian coach [Wedson Nyirenda] has a good team but I think he should concentrate on building a strong team with the focus on qualifying for the 2022 World Cup. I believe the Qatar target is attainable if they can maintain the same performance,” Alcaraz said.
He, however, said it will be painful for Algeria and Cameroon to miss the Russia finals because they are perennial qualifiers for the prestigious championship.
“Zambia will not feel much pain to miss out on the World Cup because they have never been to the tournament but it is different with us [Algeria] and Cameroon. Surely it will be something hard to accept although it looks like that is what is going to happen. Anyway football is unpredictable and the unexpected can happen in the remaining games,” Alcaraz said.
Algeria have made four appearances at the World Cup while Cameroon have featured a record seven.