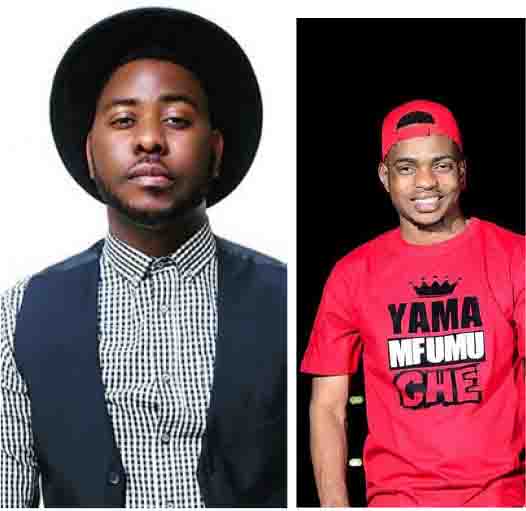 ZIO MWALE, Lusaka
RAPPERS Slap D and Bobby East have put their hit single “For a Long Time” on video, which was directed and shot by Emmanuel Chilala and Law of N.X.T Solutionz Studios.
The song is the first single to be released this year by both artistes following Slap D’s successful release of “Black Na White” and Bobby East’s failure to release the “Vanilla” album on April 18 as earlier announced.
The video for their single depicts the struggles that both Slap D and Bobby East have gone through from the time they joined the music industry.
The video displays a confused Bobby East on a wheelchair while being pushed out of a hide-out house. It also shows Slap D having a picnic alone in an isolated place but showing off his drinks and food.
Slap D told the Weekend Mail that although the song was released recently, they felt compelled to put it on video because of the huge positive response from fans.
“As XYZ, we love giving our fans a good package, as you can see the video has already received so many views and this shows that our fans are always waiting for a new thing,” the award-winning rapper said.
Slap D said collaborating with Bobby East was the easiest way to make a hit song because the chorus of the song blends well with Bobby East’s voice.
“You can [also] see the way his [Bobby East] acting abilities are exhibited in the video, it’s something in-born for him and the video was so creative because we are fond of each other,” he said.
Slap D says XYZ Entertainment will continue working as a whole in order to enable each member of the group to advance their careers.
Bobby East will soon announce the date for the release of his “Vanilla” album, which was postponed for unexplained reasons.

B1 wows kings, queens
Chef Siba cooks up a storm