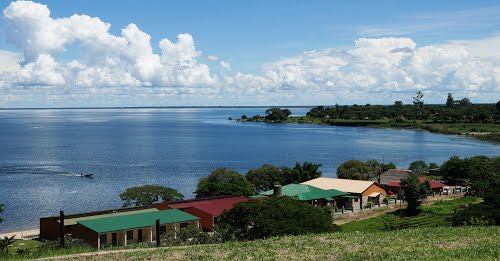 KAPALA CHISUNKA, Samfya
ON A windy Thursday morning in Samfya, Luapula Province, three brothers – Mumba Maselino, Mabo Kabilo and Haggai Kanta – stand on the white-sand beach and watch as the roaring waves on Lake Bangweulu whip against their small boat moored at the edge of the lake.
The three brothers operate the boat on the lake, taking tourists seeking adventure on the lake.
Samfya, which not too long ago was a drab place – its beautiful sandy beaches notwithstanding – has now climbed several tiers on the holiday destination list, with the opening up of holiday resorts such as Chita Lodge.
The district is situated on what is considered to be the longest stretch of a well-defined shore of Lake Bangweulu in Samfya, with its magnificent white sand beaches.
The name Bangweulu means “where water meets the sky”.
It now attracts a sizable number of holidaymakers, majority of them locals from Lusaka who want a gate-away from the hustle-and-bustle of city life.
And the locals, who mainly depended on fishing to make a living, have come up with new innovative ways of earning income, especially that Samfya, like many other districts in Luapula Provice, no longer boasts of abundance fish stocks. CLICK TO READ MORE