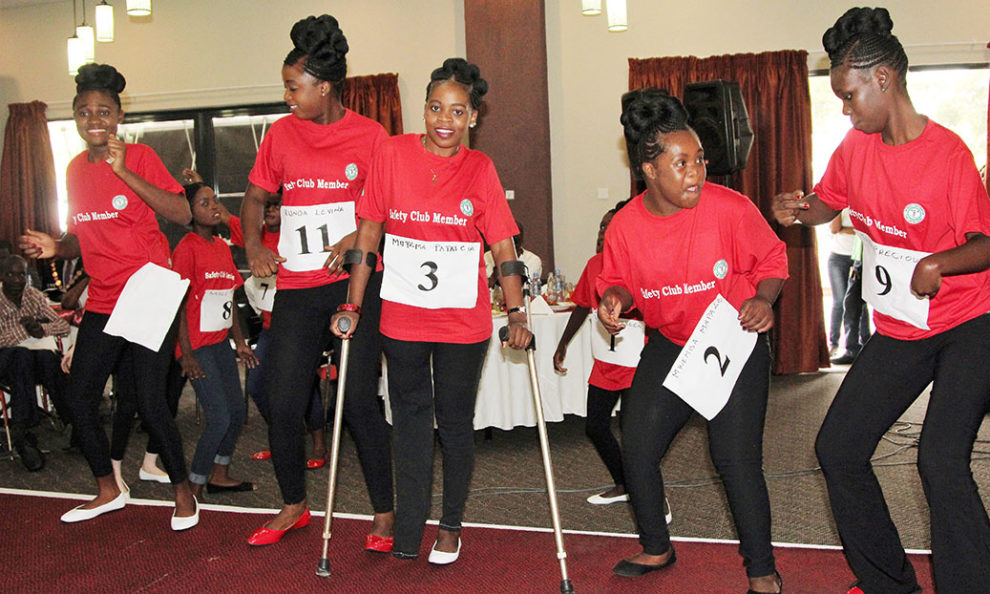 STAFRANCE ZULU, Ndola
IN COMMEMORATING the International Day of the Disabled last Saturday, the Workers, Compensation Control Board organised the Miss Compensation pageant, which could have also easily passed off as a fashion show.

The event, held at Protea Marriot Hotel in Ndola, saw 11 differently abled pupils from different schools across Zambia battling it out for various prizes that included scholarships.
Florence Phiri, 18, of Kansenshi Primary School was chosen as Miss Compensation and walked away with a two-year 100 percent scholarship, thanks to the Workers, Compensation Control Board.
Patricia Mutema was First Princess and won herself a 75 percent scholarship for one year at the event attended by the Ndola mayor Amon Chisenga and the Ndola District Commissioner George Chisulo.
The Second Princess title went to Judy Chipande while the Miss Personality was scooped by Mapalo Mwemba. They both got 50 percent scholarship for a year.
Other contestants were Ireen Lumbwa, Justina Chulu, Teresa Mambwe, Loveness Kabuta, Musonda Nkole, Precious Tole and Levina Kunda.
Zambia Agency for Persons with Disability (ZAPD) provincial co-ordinator Antony Mwansa was happy that a three-year consultation and planning process by WCFCB and his office has borne what will be an annual fashion show for differently abled pupils.
The contestants went through a boot camp for orientation training by current Miss Independence Sepiso Nyambe, Copperbelt 2016 Miss Popularity Mariana Kaponda and first-ever Mr Independence Frank Chibungu.