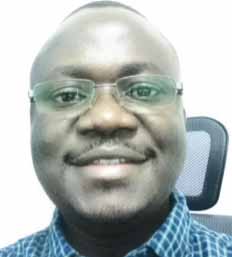 FELIX TEMBO
IT IS not a secret that governments world over offer subsidies to their citizens in many forms.
Some of these subsidies are offered at production as well as the market ends.
We have heard of certain interventions made in aiding the commodity prices remain competitive in developed countries by governments buying off excess produce from farmers and donating such to third world or hunger-stricken countries.
In certain instances, some farmers are paid for not producing. This is the case with Zambia where government has been subsidising smallholder production by offering inputs at almost a third of the input costs.
In 2002, the government then introduced a programme called Farmer Input Support Program (FISP) in which the government was supplying a hectare pack of inputs to farmers to help increase production.
The idea was to provide this support to farmers for three years, after which the farmers were supposed to graduate and start buying their own inputs.
Sadly enough, very few,Â  if any, have graduated. Some farmers have been getting this support for 13 years after its inception.
As if this is not enough, the support has also been cut from the initial eight bags of fertiliser to four bags (0.5ha equivalent).
Allow me not to delve into arguing for or against the benefits of the new policy.
However, let me state here that half a hectare is adequate to support the production of food to feed an average family of six members per year.
The calculation is based on an average productivity of six tonnes of maize per hectare (120 50kg bags).
In our country, we have seed materials that have the potential to produce over 10 tonnes per hectare (t/ha).
We have seed companies such as MRI, Pioneer, Pannar and many others that have good seed.
You will agree with me that most of these companies, if not all, supply seeds to farmers through the FISP but the average national yield for small-scale farmers is around 2.3 hectares. Why is it like this?
You may fail to comprehend that from the same fertiliser and seed, commercial farmers get yields as high as 12 t/ha on the same land.
What is the magic that the commercial farmers are applying in their fields which the small-scale farmers are not?
It is surprising and annoying to learn that we know the reasons but we have chosen to pay a blind eye.
Firstly, we will never ever attain meaningful yields if we will be waiting to weed our fields only when we have seen the weeds in the field.
Let me give you an example. Last week I lost two calves because my handler, in his own right, decided to be dipping the older animals and not the calves.
In his understanding, the dip was going to be poisonous to the small animals, unlike the old ones.
If he was a worker, he could be on the streets now but he was lucky that he is a relative.
I have always been buying the dip and I was telling him to be dipping all the animals.
Anyway, the point I am trying to drive is that it is always better to prevent something than to cure it.
Why are we only providing the seed and fertilisers when we know that the farmers also need herbicides for them to get meaningful yields?
Our farmers never graduated even when we were giving them enough to produce one hectare.
Adoption of using seed and fertiliser only is not good enough to increase productivity for our small-scale farmers.
We as a people need to invest a bit more than just seed and fertiliser.
My thinking is that the government should consider including herbicides as well as proper extension services as a full package to improve productivity.
We also need to make our farmers understand that using seed and fertiliser alone will not make them get the produce that we want them to be getting.
Allow me to insinuate that the government could have reduced the package from one hectare to half a hectare because it wasnâ€™t seeing any results in productivity improvements.
This might have been because the farmers were not managing to weed their fields in time, hence they opted to only plant half of the fields and sell the other half in order for them to raise some money to use for labour in weeding their fields.
Suppose we had included a 1ha herbicide package, donâ€™t you think the farmer would have managed to weed their one hectare in a day?
With a knapsack sprayer, I managed to weed two hectares in four hours (of course including the time I was fetching water). We have very good herbicides on the market such as Lumax that controls both grasses and broadleaf weeds pre-emergent.
I am just thinking aloud and I look forward to a day I will meet the yet-to-be-appointed minister of Agriculture to offer free advice if he/she will so wish.
As ZNFU would say, thank the farmer if you have eaten. God bless us the farmers.
The author is an agribusiness expert.