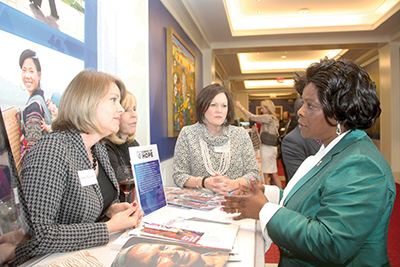 CHIMWEMWE MWALE, Lusaka
FIRST Lady Esther Lungu has called for affirmative action on womenâ€™s issues by all stakeholders to help the country stop negative trends such as gender-based violence and early marriages.
Mrs Lungu, who is attending a high-level First Ladiesâ€™ 2015 Global Womenâ€™s Network Summit in Dallas, Texas, United States observed that the country will see positive developments among women and children once deliberate steps are made to empower women.
The First Lady was speaking at the end of the first day of the two-day summit.
This is contained in a statement released in Lusaka yesterday by first secretary for press and public relations at the Zambian Embassy in the United States (US) Patricia Littiya.
And Mrs Lungu described the first day of the summit as fruitful as she has held meetings with stakeholders on the possibility of creating partnerships.
Mrs Lungu said she had made in-roads on creating partnerships with organisations which can help improve that status of the girl child and women.
She noted that issues of early marriages and early pregnancies cause long lasting physical and emotional scars, which, if not stopped, can affect generations.
Mrs Lungu thanked traditional leaders in Zambia for allowing her to work with their spouses in rural communities to ensure such vices are stopped.
The First Lady held meetings with organisations such as â€˜Mothers2mothersâ€™ and â€˜Akola projectâ€™ which support women empowerment through skills training such as bead-making.
Mrs Lungu was yesterday expected to attend an interactive discussion with US First Lady Michelle Obama and former First Lady Laura Bush.
The First Lady is accompanied by Zambiaâ€™s Ambassador to the United States Palan Mulonda and members of her delegation.