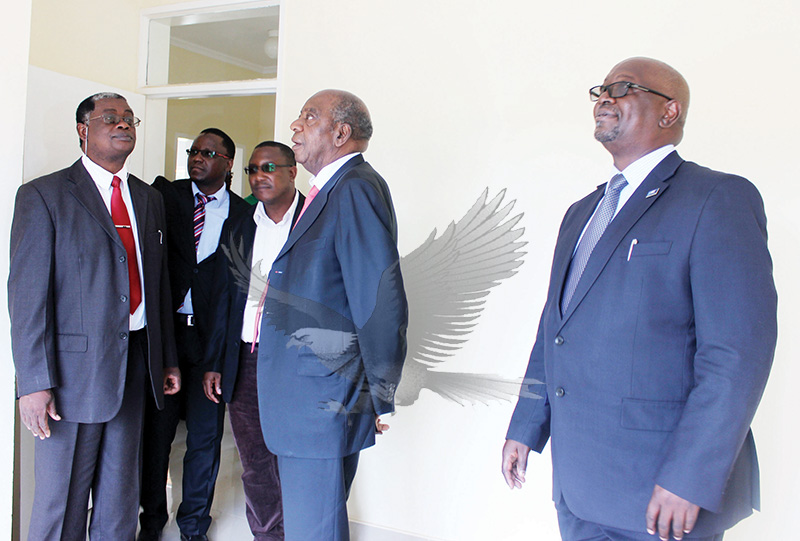 CHAMBO NGâ€™UNI, Kapiri Mposhi
MINISTER of Finance Alexander Chikwanda says abject poverty in Zambia can be eliminated through sustained economic growth and empowerment of the people.
â€œThis starts with a well-functioning and well-supported revenue administration,â€ Mr Chikwanda said. â€œThose of you who have been students of classical history will agree that there can be no civilisation without an efficient tax system.â€
Mr Chikwanda said Zambiaâ€™s hope of becoming a prosperous middle-income society by 2030 cannot be divorced from a modern public finance system.
The minister said this on Monday when he commissioned the renovated Zambia Revenue Authority (ZRA) office building in Kapiri Mposhi. He said Government remains committed to supporting initiatives and projects aimed at improving tax revenue administration.
Mr Chikwanda reiterated that Government intends to raise K32.2 billion in tax revenue, amounting to 67 percent of the total national budget for 2015.
He said this is despite the significant upsets to the initial revenue profiles caused by adverse external sector developments.
â€œRaising this kind of resources requires, among other things, a conducive working environment so that staff can dedicate their energies to their core functions of revenue collection,â€ Mr Chikwanda said.
He said Government is conscious of the need for ZRA to fully modernise its operations.
Mr Chikwanda said Kapiri Mposhi deserves better offices being a major railway and road junction region which has ZRA intrusive scanners on the Great North Road and on the Tazara railway line.
Earlier, ZRA governing board chairman Mwila Lumbwe said the board is happy that the authority has made strides in modernising its operations.
â€œThe authority has so far invested more than K165.8 million in the implementation of these modern tax administration systems and other support systems,â€ Mr Lumbwe said.
ZRA commissioner general Berlin Msiska said his institution appreciates the strategic location of Kapiri Mposhi as it is a gateway of traffic to and from East Africa and the Copperbelt.
Mr Msiska said the refurbishment of the ZRA offices in Kapiri Mposhi will enhance operations and improve revenue collection.