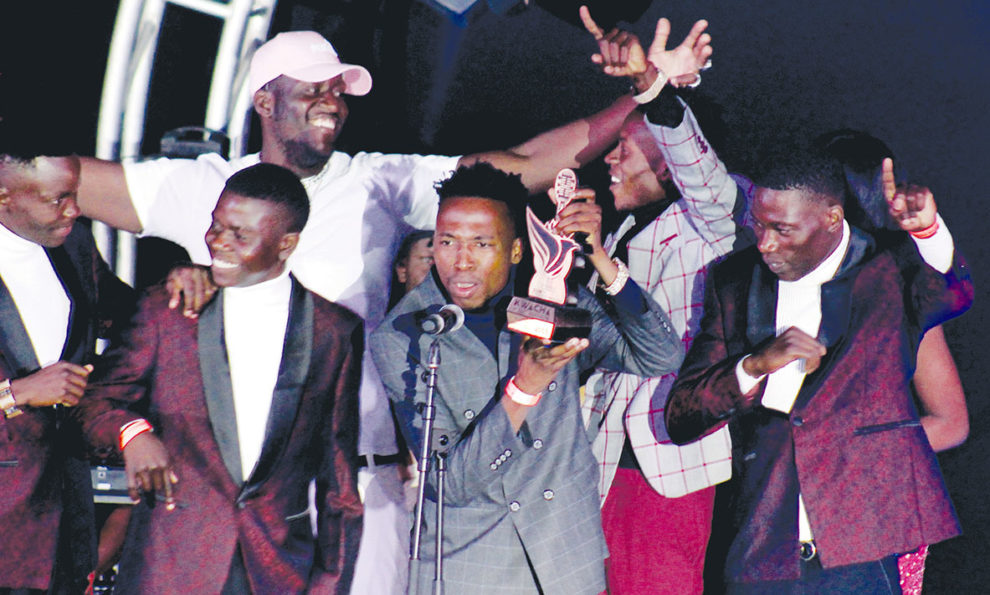 ZIO MWALE, Lusaka
AFTER his song Finally overly dominated the airwaves around the festive period last year, it would have been sort of an injustice for Kabwe-based artiste Yo Maps to be denied due recognition.
Fortunately, the fans had not forgotten how he entertained them during that period. In recognition of his efforts, he was awarded with four gongs of the 32 available at the third Kwacha Music Awards which were held at Mulungushi International Conference Centre in Lusaka on Saturday.http://epaper.daily-mail.co.zm/

Makishi, Nyau to dance on beach
A real treat for Fally fans