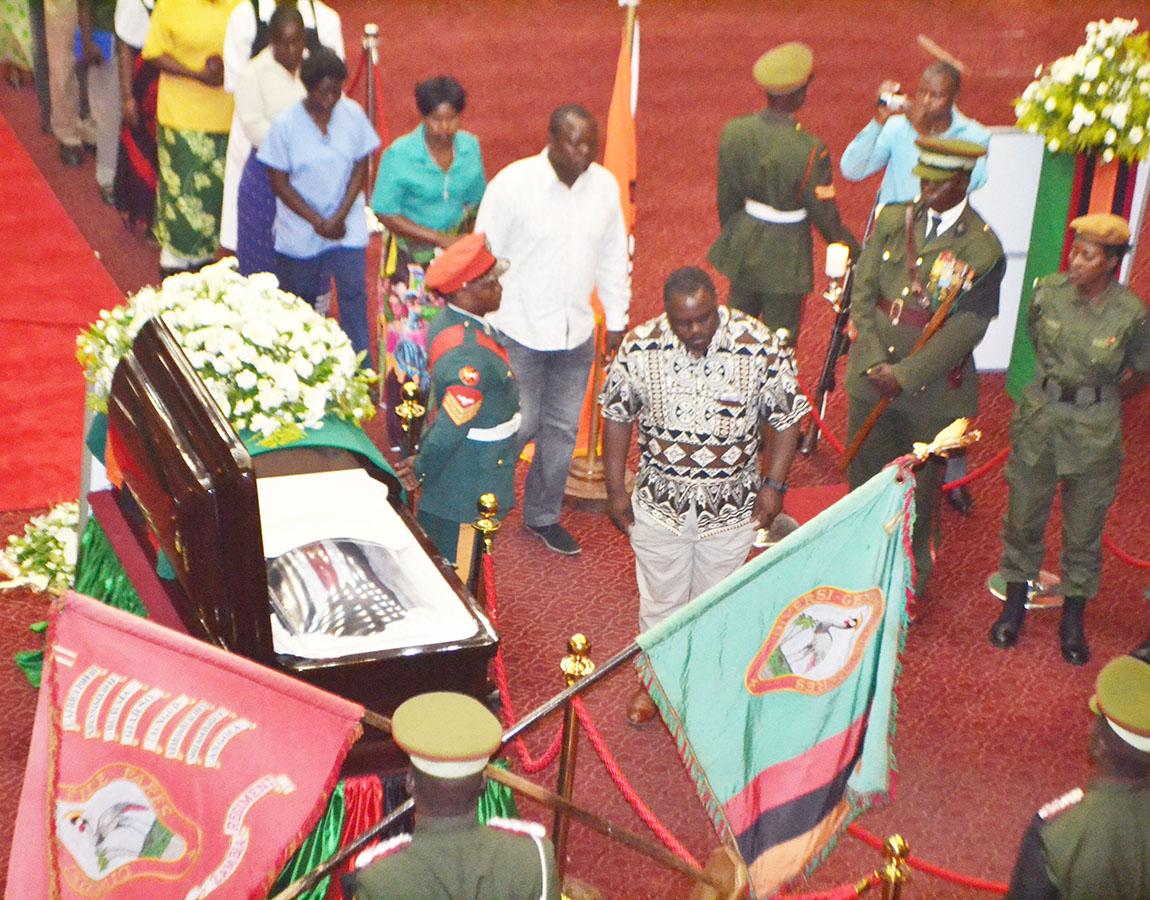 YOUR FAMILY MATTERS with PASTOR CHANDA

THURSDAY, November 6, 2014: If we ever doubted the fact that we shall never see or hear President Michael Sata again, we will never doubt that anymore after his burial on Tuesday. He is gone and gone forever. All we have remaining with us are precious memories of the man.
While his body was lying-in-state in the Mulungushi International Conference Centre and being viewed by all and sundry, there was a sense in which he was still with us.
He could not relate to us, but in a sense we could relate to him. We looked at his quiet remains.
But now, if all goes according to schedule and we lay the remains of President Michael Chilufya Sata in the grave, we know that we shall never ever relate to him again.
I find that to be really staggering. The finality of death is so sobering, isnâ€™t it?
Amai Busa is the one who always reminds me of this when she comes back from a funeral. Since men tend to keep vigil outside and it is the women who are indoors, she returns home and says, â€œThere is something that changes totally in the home when a spouse dies.â€
Amai Busa says this because as she mingles with the people in the house, she can sense the finality of death.
The gap is so obvious. No one can fill it except the person who has died. Surely, we are all travelling along a one-way street heading for eternity.
There is some wisdom about this one-way street, especially when we think about honouring men and women.
We make a grave mistake when we honour people while they are still alive, because many of them mess up later. We must wait until their race is over.
Granted, there are some good things that men and women do that cannot be reversed and for which we should give thanks to them.
However, when you name streets after living politicians they rub a new ruling party the wrong way and you have to rename the streets!
However, when a man has reached his destination, there is no turning back. You may give his name to a street or a bridge or a stadium.
He is part of your treasured history. Death has taken him away. He will never return to mess things up with any ruling party.
I recall visiting a country that will remain nameless for now and finding a street named after a living prominent politician in another country.
Everyone I talked to in that country was embarrassed that there was such a prominent street named after such a man.
So, as we lay the remains of President Michael Chilufya Sata to the grave this week, this is the time to think about how to permanently honour him and thus keep his memory alive for posterity.
He has reached his destination. So, let us put our thinking caps on.
One more lesson from the finality of death is that a person can never do what he kept postponing.
The last chapter of President Michael Chilufya Sataâ€™s life has been written. He can never change it.
If he never apologised to anyone he had wronged, he will never do so.
Even his good intentions have now been frozen in mid-air. They will never be carried out – at least not by him.
This tells us that if we know what we ought to do, we need to do it quickly because we do not know when death will visit us. Postponement may be fatal.
This is especially important in the marriage and family circle. Too many people die leaving behind nothing but unfulfilled intentions.
Spouses die without spending quality time with each other because they were too busy chasing the gravy train. That is very sad.
Parents die without showing their children that they really loved them because they kept saying to themselves that they would do it once life slowed down.
One day they reach their final destination and the children feel like they have always been orphans.
So, this is a good time to ask: is there some unfinished business you have been postponing? Perhaps you have been postponing your reconciliation with God through Jesus Christ. Do it quickly before death, with its finality, knocks on your door!
For comments and confidential counsel, write to: reverendchanda@yahoo.com Or call or send a text to 0974250084