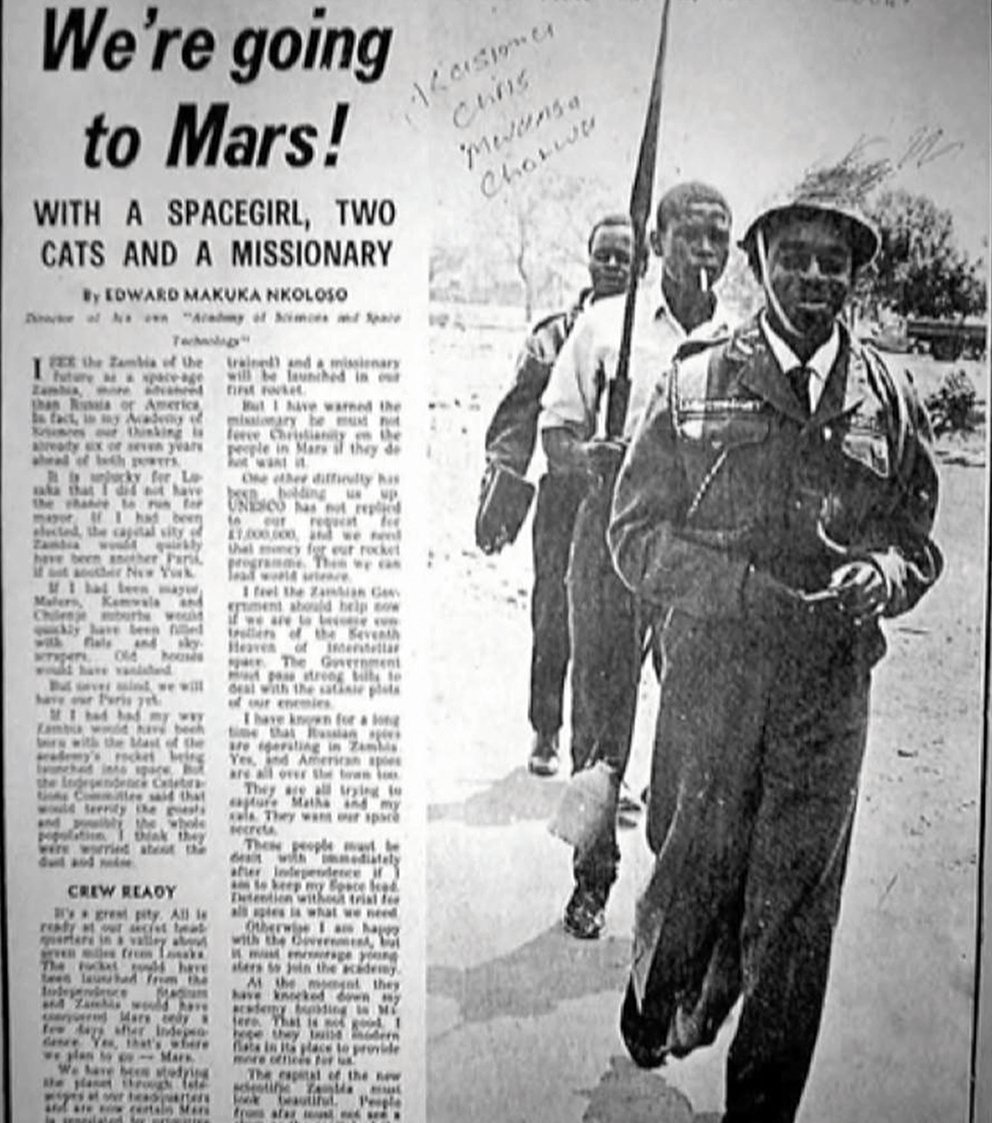 KELVIN KACHINGWE, Lusaka
AFRONAUTS, a film by Ghanaian filmmaker Frances Bodomo which is based on Zambian independence scientist Edward Mukuka Nkoloso whose dream was to beat America and the USSR in the space race is at the Sundance Instituteâ€™s Screenwriters Lab in Utah, USA.
The Screenwriters Lab is a five-day writerâ€™s workshop that gives independent screenwriters the opportunity to work intensively on their feature film scripts with the support of established writers in an environment that encourages innovation and creative risk-taking
The Sundance Institute Lab Programme was created in response to the shared conviction that the budding independent film movement had the potential for far-reaching creative and cultural impact if given adequate resources and a place to foster self-expression and a sense of community.
Three decades later, Labs continue to provide a one-of-a-kind opportunity for filmmakers to incubate their most audacious ideas in an environment where risk-taking is encouraged and failure is regarded as a valuable step in a projectâ€™s creative evolution.
The Sundance Institute on Wednesday announced the anticipated rosters for its Screenwriters Lab, Documentary Edit and Story Lab and new Theatre-Makers Residency as well as a major now presentation change.
â€œFor the first time, these labs will run concurrently in a â€˜multi-Labâ€™ format at the Sundance Resort in Utah. But the format is not just an alteration of the calendar.
Individual Lab Fellows will participate in portions of the other labs, giving these Sundance programmes an interdisciplinary flavour,â€ Sundance executive director Keri Putnam said in a statement.
â€œThe unique gathering of independent voices, for the first time in a multi-Lab setting, allows our artists to collaborate across different creative practices and focus on experimentation in storytelling. The Labs will recognise the unique talents brought by each discipline as well as the fluidity in form and medium that artists are working in.
â€œAmong the artists selected for the various Labs are a number who will be familiar to Filmmaker readers. From our 25 New Faces in the Sundance Screenwriters Lab are Frances Bodomo, Annie Silverstein, Eva Vives and Pippa Bianco.â€
Bodomoâ€™s beautifully shot short film, Afronauts, tells an alternative history of the 1960s Zambian space programme, the brainchild of Nkoloso, who was a world war II veteran and school teacher.
Nkoloso founded the Zambia National Academy of Science, Space Research and Philosophy and conscripted 12 astronauts into the countryâ€™s race to the moon, including Matha Mwambwa, a seventeen-year-old girl who eventually become the programmeâ€™s lead cadet.