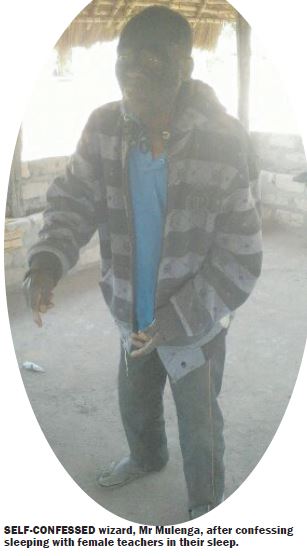 CHRISTINE CHIHAME, Kawambwa
KENNY Mulumbwa, a head teacher at Chishinga Secondary School in Kawambwa district, is gripped with fear after lightning struck his office five times.
He feels the lightning was targeted at him and he is thankful that he survived.
“I will never forget November 26 last year. This day, I reported for work on a rainy day and a few minutes after I reported, lightning struck in my office five times. I saw properties like the printer being damaged. The lightning also struck a Grade Nine pupil who died on the spot leaving two in a critical condition,” Mr Mulumbwa recalls.
He used to receive reports from teachers at the school who alleged that they were being tormented in the night by wizards and witches.
He did not believe most of them because, according to him, teachers there cooked up stories so that they could be transferred to urban areas of their choice.
“From my school, I have been receiving reports especially from men that they do not sleep well. They claim they were having wet dreams and feel so tired after waking up. There are genuine complaints but others create them. I have personally witnessed it and I am so scared,” he says.
Mr Mulumbwa, who has been at the school for four years, has requested to be transferred after the CLICK TO READ MORE