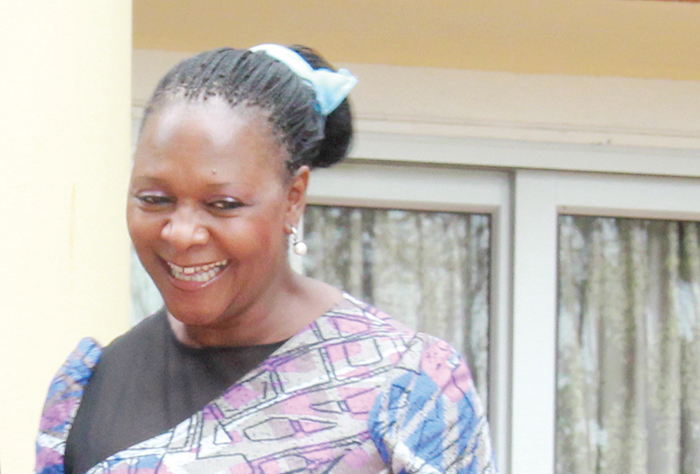 MUNIDE ZULU, Lusaka
LUSAKA Central constituency aspiring candidate Margaret Mwanakatwe is pleased that Bauleni Clinic is helping to contain the cholera outbreak.
Speaking when she visited a cholera treatment centre in Bauleni, Mrs Mwanakatwe, who is also Minister of Commerce, Trade and Industry, said she is also happy that Government is supplying the necessary support to contain the disease.
â€œGovernment is doing a great job in supplying them with all requirements,â€ she said.
Mrs Mwanakatwe said it is good that health personnel have managed to keep the disease under control since its outbreak last month.
She reminded the Bauleni community to always wash their hands before eating or after using the toilet.
The minister pledged support to the Bauleni Clinic and the cholera centre towards challenges that the institution may encounter.
Minister of Health Joseph Kasonde told Parliament on Friday that cholera cases have so far reached 108 and one death has been recorded.
Dr Kasonde said in a ministerial statement that Lusaka Province was leading with cholera cases standing at 88, while Chibombo district in Central Province had eight.
Mrs Mwanakatwe is supporting a youth sports tournament in Bauleni aimed at getting adolescents expend their â€˜excessâ€™ energy on sport and thus keeping them away from mischief.
â€œWe want to take youths off from the streets, alcohol and other vices so that they can be responsible youths,â€ Mrs Mwanakatwe said.