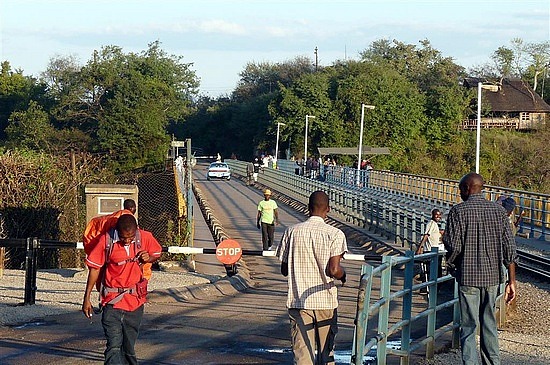 SHIKANDA KAWANGA, Livingstone
FEMALE cross-border traders have complained about the lack of bathroom facilities at Victoria Border Post in Livingstone.
This was on Monday during a familiarisation tour of the Victoria Border Post in Livingstone by Deputy Minister of Finance Christopher Mvunga.
The women said because they travel long distances, it is just important for them to freshen up while waiting for their goods to be cleared.
Sheila Phiri, a businesswoman, said Government should put up proper facilities to encourage women entrepreneurship.
She further appealed for Government to consider the revision of taxes on the borders especially when it comes to clearing goods because the taxes are too high and this discourages women entrepreneurship.
Mr Mvunga said there is need for a one-stop border post facility to make life easy for the traders; adding that it is cumbersome for people to pay taxes at different pay points when all this can be done at once.
The deputy minister also noticed that the border post faces a challenge of parking space for trucks.
And station manager Mwila Mwiya said the washrooms were closed because they were not working well but that management would rectify the situation.