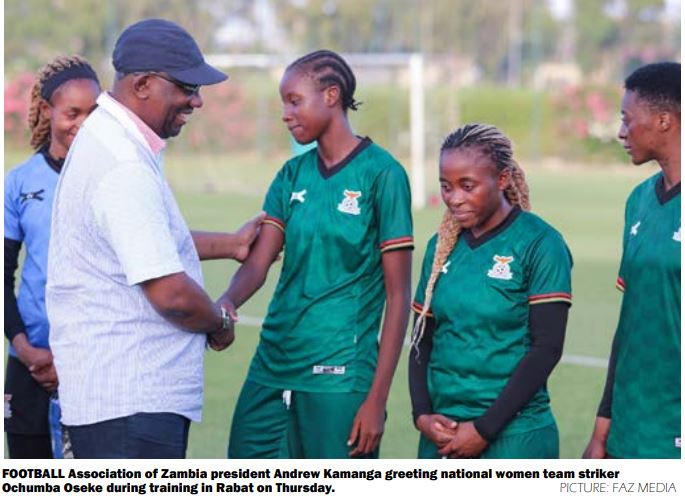 ROBINSON KUNDA, Lusaka
FOOTBALL Association of Zambia (FAZ) has described 2022 as a success in as far as achieving the set targets is concerned.
General secretary Adrian Kashala said in an interview recently that the association registered a number of positives, among them winning the Council of Southern African Football Associations (COSAFA) silverwares.
Zambia won both the senior men and women COSAFA titles and were also crowned under-20 men’s champions.
Kashala pointed to the Copper Queens’ third-place finish at the Women Africa Cup of Nations in Morocco and qualifying for the FIFA World Cup as major successes this year.
“We are just getting to the end of the year and I think, for me, we scored more positives and I want to say that whatever we have done and whichever way we have failed, if there are any failures in 2022, I think it is something that every upright-thinking person would understand CLICK TO READ MORE