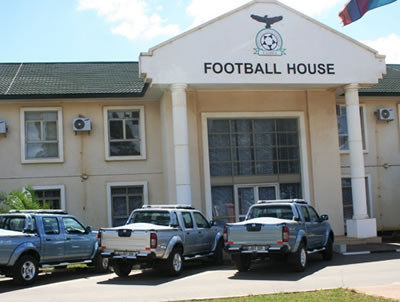 ROBINSON KUNDA, Lusaka
ONLY one item is on the agenda at tomorrowâ€™s reconvened Football Association of Zambia (FAZ) annual general meeting.
According to the notice sent to clubs by FAZ general secretary George Kasengele, the only item on the agenda is the Premier League restructuring.
The meeting is a continuation from the one held in Kabwe in March this year.
FAZ communications manager Nkweto Tembwe appealed to councillors to stick to the rules of the meeting.
Tembwe said in Lusaka yesterday that delegates must dress smartly.
â€œWe wish to remind the councillors that the reconvened AGM is on Saturday [tomorrow] at Government Complex in Lusaka. Business of the day will commence at 10: 00 hours sharp and the distinguished councillors are advised to arrive on time.
â€œThis is an important meeting for the football family, and as such the dress code will be smart and one that reflects the importance of the event,â€ he said.
On Wednesday, the National Sports Council of Zambia ruled that the FAZ reconvened meeting is legal and should go ahead as planned.
This followed a petition by football administrator Simataa Simataa who appealed to Minister of Youth, Sport and Child Development Vincent Mwale to prevent FAZ from going ahead with the reconvened meeting because it was illegal.
Simataa said he will appeal to the minister against the ruling.

Zesco off to Egypt, eye first away win