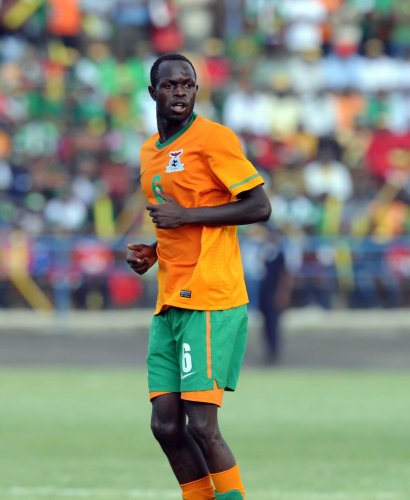 ROBINSON KUNDA, Lusaka
THE Football Association of Zambia (FAZ) says it will observe the three-month ban FIFA has imposed on Zesco United midfielder Justin Zulu.
And former Chipolopolo striker Linos Chalwe has been appointed to head the Playersâ€™ Association interim committee.
FAZ communications manager Nkweto Tembwe said in Lusaka yesterday that Zulu will serve the ban.
â€œWhen FIFA makes a ruling we canâ€™t issue any other statement as FAZ.Â  In this case, we canâ€™t say anything. It means Justin is out for the rest of the season,â€ Tembwe said.
FIFA slapped a three-month ban on Zulu after the player failed to settle fees he owed his Israeli agent Nir Karin.
In a letter dated September 18, 2015 to FAZ and copied to Zulu and Zesco United, FIFA warned that FAZ risked being expelled from all FIFA competitions if it failed to observe Zuluâ€™s ban.
Meanwhile, Chalwe will be at the helm of the Playersâ€™ Association interim committee.
Tembwe said Chalwe will work with other former international players.
Chalwe said the association will place emphasis on educating players regarding life after retirement.
â€œBasically its bread and butter issues. We want to look into the welfare of both former and current players,â€ he said.
And FAZ general secretary, George Kasengele, said the need for footballers to have a voice at decision making level is long overdue.
â€œAs FAZ, we believe players must have a body that would seriously focus on their welfare as regards issues of contracts, and just generally, their life after they leave the pitch. This is in line with what the world football governing body FIFA has already done,â€ Kasengele said.