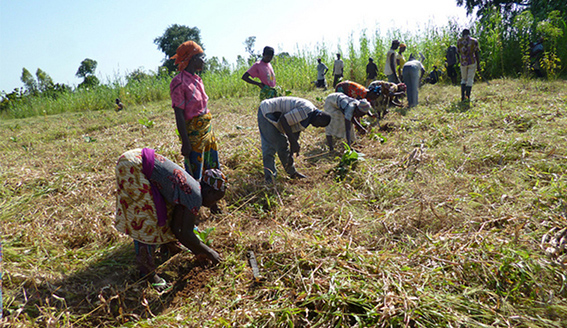 NANCY SIAME, Lusaka
A RESEARCH by the Centre for Trade Policy and Development (CTPD) has revealed that there is dissatisfaction among some small and medium-scale farmers currently accessing agricultural inputs through the Farmer Input Support Programme (FISP).
The national survey of farmersâ€™ perception of FISP and the Food Reserve Agency (FRA) also showed that farmers selling their maize to the agency are frustrated as they do not receive their payments in good time.
According to research findings released by CTPD executive director Isabel Mukelebai, farmers believe that the programmes should benefit the poorest farmers but the reality is that only a minority of small-and medium scale farmers sell their produce to FRA and just over half access inputs under the FISP.
â€œThe survey makes clear that there is very little support among small-scale farmers for maintaining the status quo when it comes to FRA and FISP,â€ she said.
The farmers believe that FRA and FISP do not function effectively and many farmers perceive the programme not to have had a positive effect on their livelihoods.
â€œFor those who sell their maize to FRA or access their inputs through FISP, the survey findings emphasise how poorly these programmes perform in providing services to farmers,â€ Ms Mukelebai said.
She noted that while 83 percent of farmers believe that FISP has contributed positively to poverty reduction, only 43 percent said they received fertiliser and seed at the time they needed it.
Ms Mukelebai said the research showed that farmers attach more importance to spending on FISP than FRA.
The research, which was conducted ahead of the January 2015 presidential election, was intended to help policy-makers debate on maize marketing in the country in the run-up to the 2016 general elections.