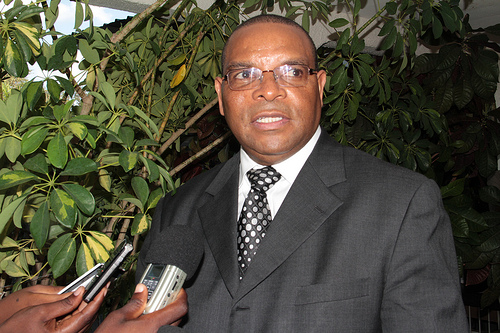 ARTHUR MWANSA, Lusaka
THE Zambia National Union of Farmers (ZNFU) says calls by the Bank of Zambia (BoZ) to scrap farming input subsidies under the Farmer Input Support Programme (FISP) will have a negative impact on poor farmers.
BoZ Governor Denny Kalyalya told a parliamentary committee on Thursday the subsidies are unsustainable and an obstacle to the countryâ€™s economic growth.
But ZNFU president Jervis Zimba said in an interview yesterday he is disappointed that Dr Kalyalya could describe the farming input subsidies as unsustainable and an obstacle to the countryâ€™s economic growth.
Dr Kalyalya was making a submission before the Parliamentary Committee on Budget and Estimates.
Dr Kalyalya submitted that arrears on the subsidies are expected to increase four-fold to K2.3 billion in 2016 from K500 million in 2014.
But Mr Zimba said the removal of the production subsidies would hit poor farmers hard.
â€œFrom the onset, let me state that I am disappointed with Dr Kalyalyaâ€™s calls. What alternative system is he offering? Removing subsidies under FISP will be very costly on the part of Government. People should not just condemn projects without offering solutions,â€ Mr Zimba said.
He said the subsidies under FISP were the equivalent of the Social Cash Transfer scheme, another government programme aimed at reducing extreme poverty and the inter-generational transfer of poverty.
â€œThe poor farmers have no collateral to talk about. What will be the alternative to replace the farming input subsidies?â€ Mr Zimba said.
Mr Zimba said scraping the input subsidies is like talking against the former Lima Bank, which was established to manage the disbursement of money to small-scale farmers for the purchase of agricultural inputs.
â€œDoing away with farming input subsidies would mean going backwards instead of forging ahead. We need to look at the negative impact of doing away with certain programmes,â€ Mr Zimba said.