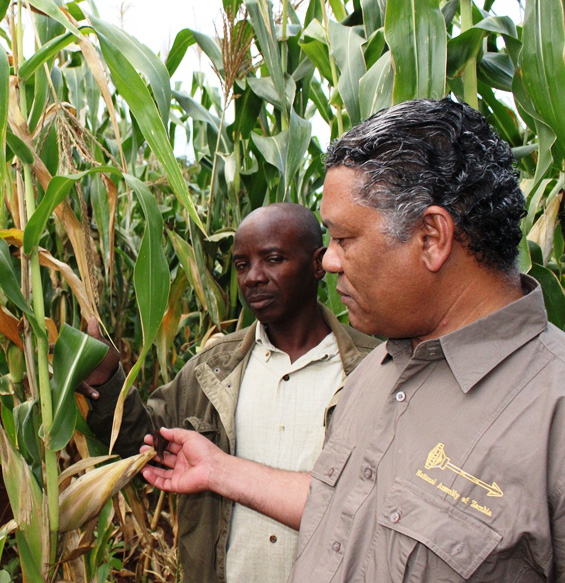 TEDDY KUYELA, Lusaka
GOVERNMENT has increased the number of beneficiaries of maize packs under the Farmer Input Support Programme (FISP) from 1,000,000 to 1,162,572 in the 2015/2016 farming season.
And Government has directed the Nitrogen Chemicals of Zambia (NCZ) to produce 44,000 metric tonnes of Compound D fertiliser to cushion the high price of the basal dressing fertiliser.
Minister of Agriculture Given Lubinda told Parliament in a ministerial statement yesterday that Government has decided to increase the number of beneficiaries under FISP to ensure national food security.
He said the undertaking will require an additional 32,514.4 metric tonnes of fertiliser and 1,625.72 metric tonnes of maize seed.
â€œAll the required fertiliser quantities have already been procured by the government and, therefore, only the maize seed is yet to be procured,â€ Mr Lubinda said.
He said K42 million will be required to buy the additional maize seed and K11 million to transport the seed and fertiliser.
The minister said the Ministry of Finance has already committed itself to releasing the money to support the programme.
He directed extension officers to prepare all the farmers accordingly, to ensure that the deserving small-scale producers receive the required maize seed and accompanying fertiliser.
And Mr Lubinda has said Government is concerned about the high prices of fertiliser in the country.
He said Government has since directed NCZ to produce 44,000 metric tonnes of D-compound fertiliser to be sold to farmers on the open market at K320.
Mr Lubinda said the decision is aimed at reducing the high prices of the commodity adding that any agro-dealer who shall increase the NCZ-produced compound D fertiliser will be punished.
â€œThe 44,000 metric tonnes of compound D fertiliser is over and above the FISP targeted production of 106,409.75 metric tonnes and farmers are encouraged to access this fertiliser produced by NCZ,â€ he said.
Mr Lubinda further said K173.5 million is required to top up on the e-voucher subsidy for the 2015/2016 farming season.