From CHALI MULENGA in Livingstone
A-24-YEAR-OLD peasant farmer of Chief Simwatachelaâ€™s area in Kalomo has been jailed for five years by the Livingstone High Court for manslaughter.
This was in a case in which Trouble Mupengo was charged with manslaughter.
The particulars of the offence are that on January 16, this year, in Kalomo, Mupengo allegedly murdered Foster Makuba, of the same area.
In mitigation, the convict pleaded for leniency and that he is a first offender.
â€œA plea of guilty is a sign of contrition. The convict is 24 years old and is married with four children. He is seeking the court to be lenient by not meting out a stiffer sentence,â€ defence lawyer Sandra Lukwesa said.
Livingstone High Court judge-in-charge Ernest Mukulwamutiyo said the court had considered all the facts presented before the court.
Judge Mukulwamutiyo said the court had considered that the convict is a youth and if given another opportunity could contribute positively to the community.
â€œYou have pleaded guilty to the charge, you have shown remorse and the charge has been reduced to manslaughter. I have considered that you are still a youth with an opportunity to contribute positively to your community and family,â€ he said. 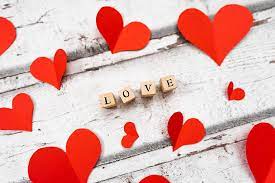